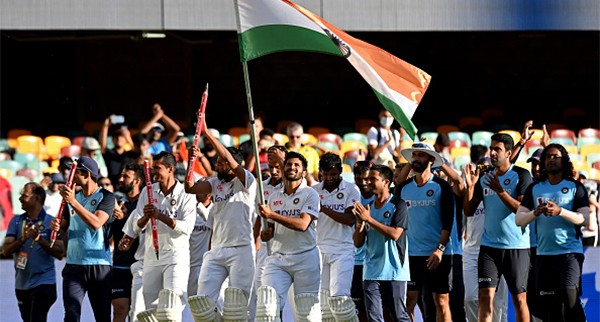 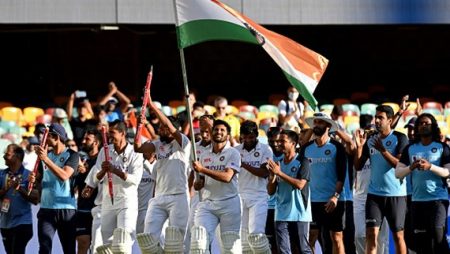 The Indian team chased down Australia’s 328-run target with three wickets to spare, resulting in a sensational victory.

“It was as if they [Australians] were aware that the procession had begun.” They had a low-key celebration. “Ho gaya kaam–types [As if their work is finished],” Gill said in an interview with journalist Jamie Alter.

India’s historic victory at The Gabba. In Australia, I was able to overcome my doubts:  Shubman Gill

Shubman Gill also stated that when he was making his Test debut in Australia. His biggest concern was whether he would be able to handle the pace on those wickets. Gill went on to say that Pat Cummins and Mitchell Starc are known for their pace. While Josh Hazlewood is a bowler who can bowl tight lengths.

Gill concluded by saying that in the land of the kangaroos, he was able to overcome his doubts and felt at ease while facing off against the likes of Cummins, Starc, and Hazlewood.

“As a youngster making your debut in Australia, your biggest concern is whether you will be able to keep up with the pace.” Pat Cummins and Starc are known for their pace, while Josh Hazlewood is known for his line and length. But once I was able to overcome that doubt and feel comfortable handling that pace, it was all about my mindset,” Shubman Gill concluded.

Shubman Gill blazed with the willow against the Kangaroos in that Test series. The right-hander allowed 259 runs in 6 innings pitched, averaging 51.80 runs per inning.

One Reply to “Shubman Gill discusses India’s historic victory at The Gabba.”