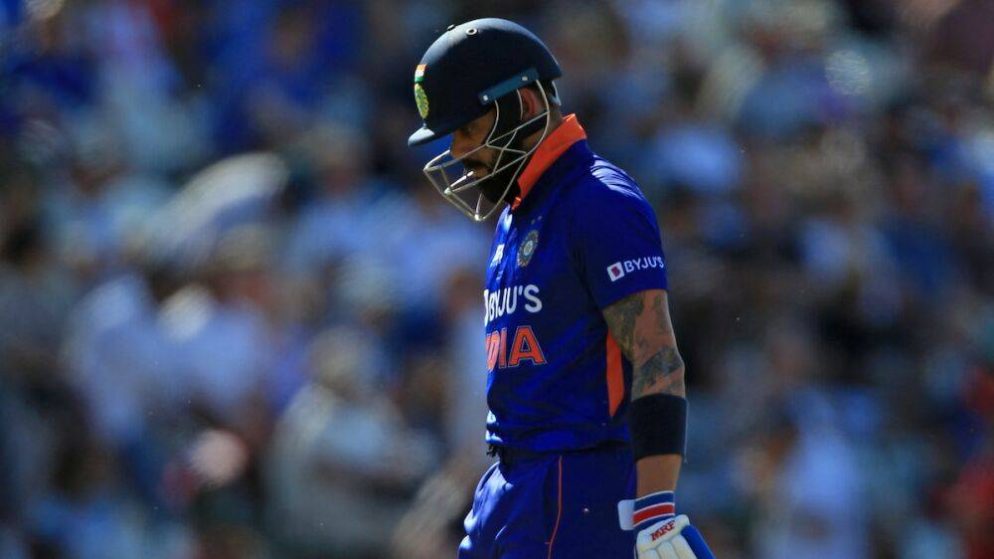 “Shouldn’t Think About What Lies Ahead,” Pakistani Legend Tells Virat Kohli. Former Pakistan captain Younis Khan believes Virat Kohli can regain his form in time for the Asia Cup in 2022.

Former Pakistan captain Younis Khan believes India’s star batter Virat Kohli can regain his form during the upcoming Asia Cup. Kohli, who hasn’t scored a century in nearly three years, has been struggling to score runs recently. For the series against the West Indies and Zimbabwe, the former India captain was rested. Younis stated ahead of India’s first game against archrival Pakistan that Kohli should return to his basics and focus on the team rather than the future.

“Several players have experienced extended periods of leanness during their international careers. They have been lacking in runs and good performances. You get the feeling that this could be your final game or series “Younis spoke to Telegraph India.

Virat should not be concerned about what lies ahead: Younis Khan

“I, too, went through such phases. But I had followed a simple formula – I had returned to my roots. I believe Virat should not be concerned about what lies ahead. He should go back to basics and play according to the situation, play for the team, and then use what little energy he has left to play for himself. He must cultivate the mindset of attempting to focus on the present rather than the past, and then look to fight for his team “The former Pakistan captain went on to say.

Younis, Pakistan’s all-time leading Test run-scorer (10,099), was also confident that Kohli would be the team’s standout performer during the tournament.

“Everyone can see Babar’s performance. In all formats, he stands out as a standout performer. Not to say that Kohli hasn’t delivered. In the recent past, parr jin performances ke liye woh mashhoor hain, woh unke taraf se nahi aa rahein hain. (However, the performances that have made him a notable player have not been forthcoming in recent times.)

“However, form is determined by only one or two matches. I believe Virat will be a standout batsman again in this Asia Cup. The stage has been set for him. With his previous performances against Pakistan, I believe he will be able to replicate them in this Asia Cup “He continued.

On Sunday, August 28, India will face Pakistan in Dubai.

Also Read: Sourav Ganguly believes in Virat Kohli ahead of the Asia Cup in 2022.