Sourav Ganguly believes in Virat Kohli ahead of the Asia Cup in 2022. 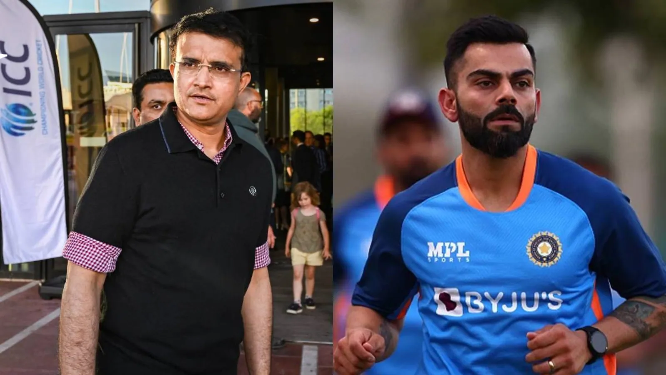 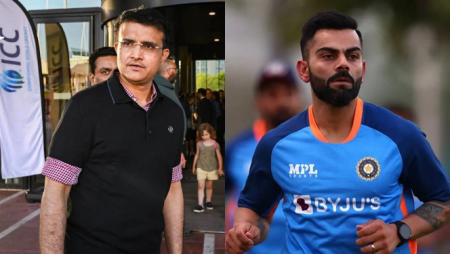 Sourav Ganguly believes in Virat Kohli ahead of the Asia Cup in 2022. ‘It’s not a big deal for them,’ Ganguly added.

India and Pakistan will play in the Asia Cup 2022 in Dubai on August 28, Sunday, and former India captain Sourav Ganguly is confident that Indian senior players Rohit Sharma, KL Rahul, and Virat Kohli will be able to handle the pressure of playing against the arch-rivals.

The BCCI President also insisted that it is “just another match” and that it is a special match only for the fans, not the players. He also mentioned Pakistani star pacer Shaheen Shah Afridi, who is out of the Asia Cup due to a right knee ligament injury. He stated that one player cannot make a difference and reminded the audience that India will also play without their star bowler Jasprit Bumrah.

“India vs Pakistan match is just another match.” Ganguly told India Today. “Those who play regularly or when I used to play, I didn’t take Pakistan as any special match. In knockout matches, there is extra pressure. But nothing like that. Rohit Sharma, Virat Kohli, KL Rahul all are experience players. They know how to handle the pressure. It’s not a big matter for them.”

Ganguly previously stated that Kohli, who has been struggling with his bat, needed more practice before the Asia Cup. When asked about Kohli’s current form, the former India batter expressed optimism that Kohli will soon regain form. “Virat is a major player.” To make runs, he has his own formula. He’ll make a return soon. “We’re all optimistic,” the 50-year-old said.

The former Indian opener believes that Indian cricket is performing well across the board, with victories in Australia, England, and the West Indies. He is also optimistic about India’s chances in the upcoming T20 World Cup. He also pleased with the addition of all-rounder Hardik Pandya to the squad, which he described as a “brilliant addition.”

“Hardik is doing fantastically well. He was hurt last year. “This time he’s also bowling,” Ganguly explained. He refused to pick a favorite for the upcoming match between India and Pakistan. “There are no favorites in T20 cricket.” So everything is fine. “Those who play well will win,” he predicted.

Also Read: “Things Can Get Unhealthy Otherwise,” says Virat Kohli about taking a break before the Asia Cup.