Shaheen Afridi will most likely miss England’s and New Zealand’s home series after aggravating a knee injury in the T20 World Cup final. 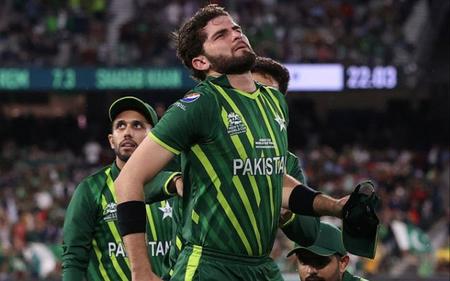 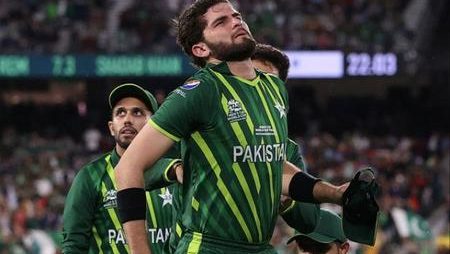 Shaheen Afridi will most likely miss England’s and New Zealand’s home series. After aggravating a knee injury in the T20 World Cup final. After hobbling off the field, Afridi was unable to finish his full quota of four overs.

Pakistan’s loss to England in the 2022 T20 World Cup final. At the MCG has proven to be a double blow for the Asian team. Who now face the risk of losing fast-bowling star Shaheen Afridi to a lengthy injury layoff. During the summit fight on Sunday, the left-arm pacer hurt his right knee while claiming a catch. He will miss the next home series against England and New Zealand, which begins next month.

Shaheen Afridi returned to cricket at the recently finished T20 World Cup in Australia, following a lengthy absence due to an injury incurred during his team’s first Test against Sri Lanka in Galle in July. However, the pacer struggled to get going in the first two games of the competition before recovering form with the ball.

Unfortunately, despite completing a stunning catch to eliminate England’s Harry Brook in the final, the left-arm pacer appears to have worsened that prior injury. He staggered off the field after failing to complete his entire quota of overs, and was spotted in obvious pain on the sidelines. His injury proved critical in the contest, as Jos Buttler’s England cruised home to win their second T20 crown.

Read also: How much money did each side receive at the T20 World Cup 2022?

Haris Rauf will make his Test debut in place of the injured Shaheen Afridi.

Afridi’s ailment appears to be serious, as his right knee was spotted in a brace. Haris Rauf, a Pakistani speedster, is likely to make his red-ball debut, replacing an ailing colleague. The PCB is now examining the seriousness of his injuries before releasing more details on his situation, therefore no official announcement has been made regarding his ailment.

“If the injury doesn’t result in more injuries, it would take Shaheen three to four months to recover. If the PCB’s medical board chooses to treat it through surgery, Shaheen will be out for six, seven months. An inquiry should be held to determine if the PCB medical panel went wrong in their approach to treat Shaheen’s injury,”