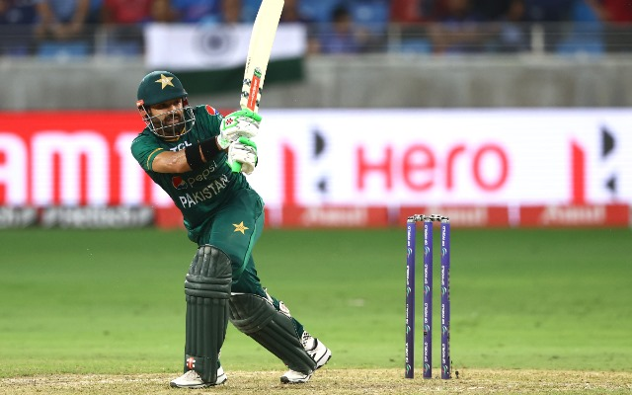 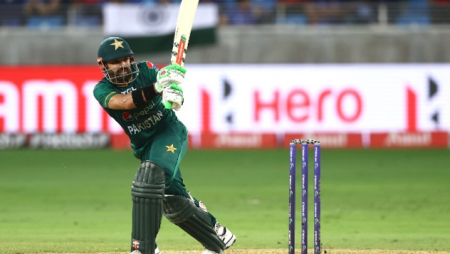 Pakistan suffered a heartbreaking defeat in the finals of the Asia Cup 2022, falling to champions Sri Lanka. While there were many positives, there were also some flaws in the players. Several former cricketers criticized the Pakistani batters for their performance. Mohammad Rizwan was one of the batters who received the majority of the criticism.

Rizwan, who finished the tournament as the tournament’s highest run-scorer, surpassing Virat Kohli by just five runs with his half-century in the finals, scored some good runs in the games, but his scoring rate was very slow. He took his time to accumulate runs, prompting Pakistan’s legendary pacer Shoaib Akhtar and former Pakistan captain Inzamam-ul-Haq to express their displeasure with Rizwan’s performance.

The head coach of Pakistan, Saqlain Mushtaq, stepped up to defend Rizwan’s case, taking a subtle dig at the “experts,” saying it’s easier to comment from the outside. “Unki soch hai,” he says. “It’s their thinking, people observe things from the outside and pass their comments on it,” he said at a press conference.

They saw the outcome and scorecard and made the following comments: Saqlain Mushtaq

During such crucial games, both teams’ players are under duress. Mushtaq believes that those watching the game from afar have no idea what the players are going through during the game. He defended his team and slammed critics who criticized Pakistan’s performance and players.

“It’s not their fault. They reviewed the outcome and scorecard and provided feedback. They have no idea what is going on inside the locker room, how the players are feeling about their confidence and the injuries they are carrying. I’ve been an expert for three years. So I understand how things work. Only by working closely with the cricketers from within will they learn about team bonding and the environment,” he added.