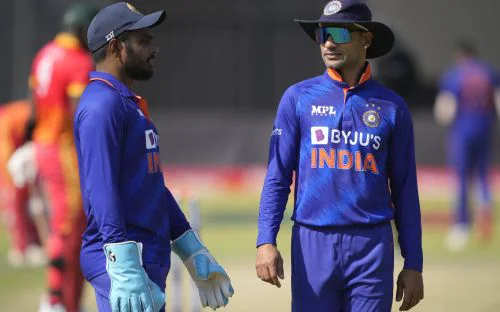 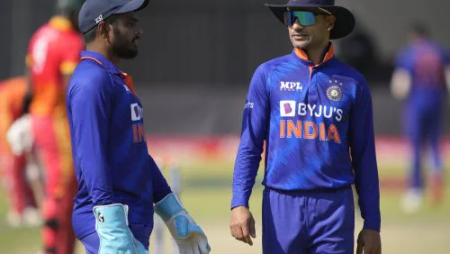 Sanju Samson has played seven ODIs and 16 T20Is for India so far.

Sanju Samson, the Indian cricket team’s wicket-keeper batsman. Poised to be chosen vice-captain for the three-match ODI series against South Africa. Several veteran players anticipated to be rest ahead of the ICC T20 World Cup next month. From September 28 to October 11, India will face South Africa in a three-match T20I series, followed by a three-match ODI series. The Indian T20I team has already been release. The Indian selectors are expect to finalize the ODI squad in the coming days.

According to BCCI sources, Samson might be named the Indian team’s vice-captain for the three-match ODI series. Since most of the senior players are expect to be rest for the ICC T20 World Cup. Shikhar Dhawan is expect to captain the squad.

Samson, 27, from Kerala, played in India’s 3-0 ODI series victory against Zimbabwe. So far, he play seven ODIs and 16 T20Is for India. Samson is presently captaining India A against New Zealand A at home. According to the report, batsman Rajat Patidar would likely make his ODI debut against South Africa.

On September 28, the inaugural T20I International will play at Thiruvananthapuram. The second T20I will play in Guwahati on October 2. Follow by the final T20I on October 4 in Indore.

The Squad for South Africa ODI:

Also Visit: Australia has called up four of its best players for the upcoming West Indies series.