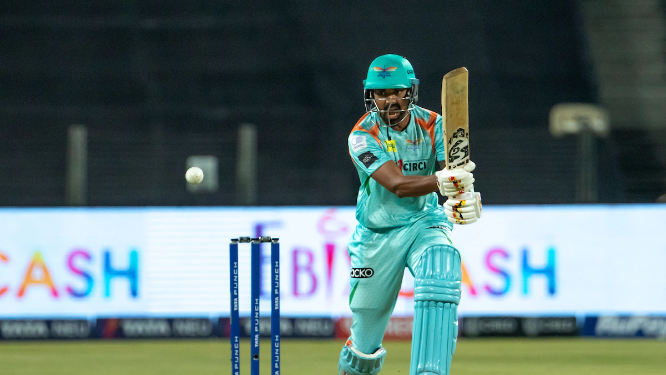 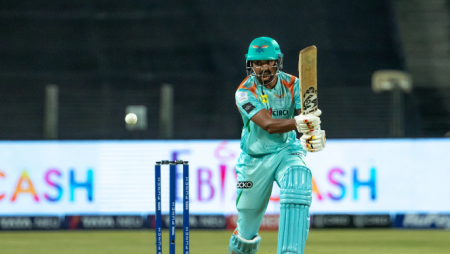 Sanjay Manjrekar Makes a Significant Remark About Lucknow Super Giants Captain KL Rahul. While Rahul led LSG in scoring, his strike rate did not impress former Indian cricket team member Sanjay Manjrekar. Rahul, who is also the India captain for the upcoming T20I series against South Africa. Not had a strike rate of 140 or higher in the previous four IPLs.

The Lucknow Super Giants, led by KL Rahul, were eliminate from the IPL 2022 after losing to Royal Challengers Bangalore in the Eliminator on Wednesday. LSG had hope until captain Rahul arrived at the crease, chasing a difficult target of 208. On his way to a 58-ball 79, he hit five sixes and three fours. His strike rate was 136.20 percent. Josh Hazlewood dismissed Rahul in the 19th over, leaving the score at 180/5 in 18.4 overs. LSG eventually lost the match by 14 runs.

While Rahul led LSG in scoring, his strike rate did not impress former Indian cricket team member Sanjay Manjrekar. Rahul, who is also the India captain for the upcoming T20I series against South Africa, has not had a strike rate of 140 or higher in the previous four IPLs.

Sanjay Manjrekar: KL Rahul’s temperament is not suited to taking on this level of responsibility

“We’ve seen enough of KL Rahul to know that when he becomes this player, captain, key player of the team… I mean, Virat Kohli thrives on responsibility. Dhoni was enthrall. Except for this season, I believe Rohit Sharma prefers that level of responsibility. Perhaps KL Rahul’s temperament not suited to taking on this level of responsibility, where he is the man in charge of getting the job done. They are simply made of different stuff, and perhaps KL Rahul isn’t “Manjrekar stated this on ESPNCricinfo’s T20 Time:Out.

Rahul, according to Manjrekar, is better off not taking on the role of the player who has to finish the game, and it is up to the coaches to explain this to him.

“As a coach, I would drill that into his mind to let him know that I don’t expect him to win the game. You just go out there and have fun, and the results will come, which is why I believe he has a much higher strike rate at the international level than at the IPL level because he’s just one of many batters. He’s on the field with Virat Kohli, Rohit Sharma, and others, so he just goes out there and expresses himself “Manjrekar continued.