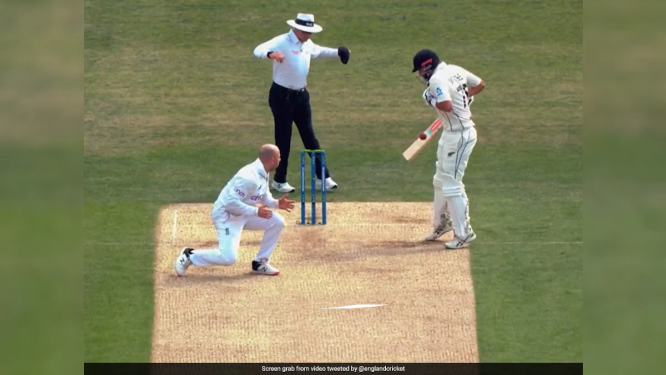 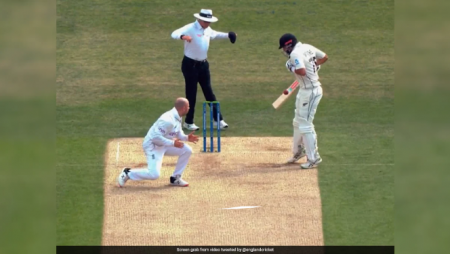 On Thursday, the third Test between England and New Zealand saw an unusual dismissal. Henry Nicholls, a Kiwi batter, came down the track to hit a half-volley from Jack Leach for a four down the ground, but his shot inadvertently went straight towards Daryl Mitchell at the non-strikers end, hit his bat, and eventually ended up in the hands of mid-off fielder Alex Lees. While the entire England team celebrated the lucky wicket, the unfortunate dismissal provided entertainment for netizens.

Former India cricketer Sachin Tendulkar was among those who reacted to the video. Tendulkar joked about the dismissal, saying that in “gully cricket,” the non-striker batter would have been declared out instead of the batter on strike.

“In gully cricket, we’d declare the non-striker out,” the cricket veteran said, emojiing a zany face.

However, In response England were 55/6 at one point, with Trent Boult (3/73) running through their top order and Neil Wagner (2/53) doing enough damage in the middle. However, Jonny Bairstow’s unbeaten 130 and Jamie Overton’s 89 not out helped England win the match. The pair added an unbeaten 209-run partnership for the sixth wicket to put England in a much better position by the end of Day 2.