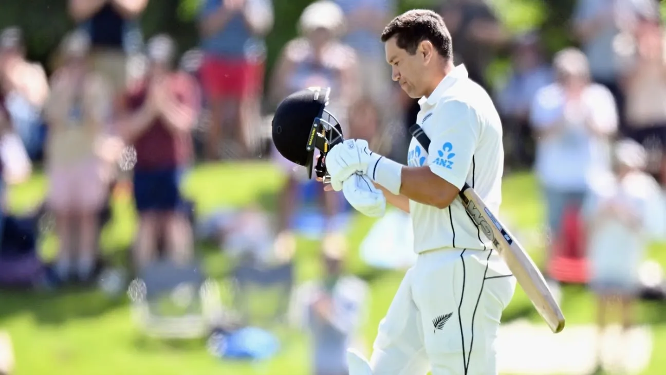 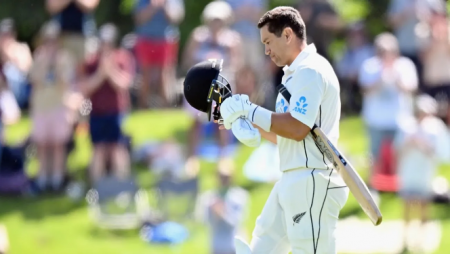 Ross Taylor speaks candidly about racism in New Zealand cricket. ‘ It’s easier to develop a thick skin and let it slide, but is that the right thing to do?’ wondered Ross Taylor.

New Zealand cricketers, known as the “nice guys,” have largely avoided controversy in recent years. Things changed when Ross Taylor revealed that some players and management were racist to him during his playing days. Taylor discussed how he became a target of racial abuse on the team in his new autobiography, Ross Taylor Black & White.

Taylor, who is of Samoan descent through his mother. Admit that the comments bother him even though they were not intend. In New Zealand, he describe cricket as a “white sport.” He frequently made to feel brown among all the white players.

“Cricket is a pretty white sport in New Zealand.” “I’ve been an outlier for much of my career, a brown face in a vanilla lineup,” Taylor wrote in an excerpt published by the New Zealand Herald.

Taylor also mentioned racist slurs in the locker room. He claims that when a white person makes a joke, they don’t realize the significance of it and often dismiss it as harmless. He also stated that no one corrects them in the locker room.

“In many ways, locker room banter serves as a barometer. ‘You’re half a good guy, Ross, but which half is good?’ said a teammate. You have no idea what I’m talking about.’ I fairly certain I had. Other players had to deal with comments about their ethnicity as well.”

“A Pakeha [white New Zealander] hearing those kinds of comments would probably think, “Oh, that’s okay, it’s just a bit of banter.” But he’s hearing it as a white person, and it’s not aimed at him. As a result, there is no pushback; no one corrects them. The onus then shifts to the targets,” the Kiwi legend explained.

Also Visit: Sony Pictures Networks has extended its broadcast agreement with ECB until 2028.

It’s easier to grow a thick skin and let it go, but is that the best option: Ross Taylor

Taylor, who score over 18,000 runs for New Zealand, also state that he was at odds with himself. He wanted to come out and talk to people about it, but he was always afraid. He was afraid that everyone would think he was playing the race card and couldn’t handle light-hearted banter.

“You wonder if you should bring them up, but you’re afraid of causing a bigger problem or being accused of playing the race card by turning harmless banter into racism,” the 38-year-old explained. It’s easier to grow a thick skin and let it go, but is that the right thing to do?” he wondered.

According to a spokesperson for New Zealand Cricket, the board will contact him in due course. He stated that members of the board will meet with him to discuss the matter.