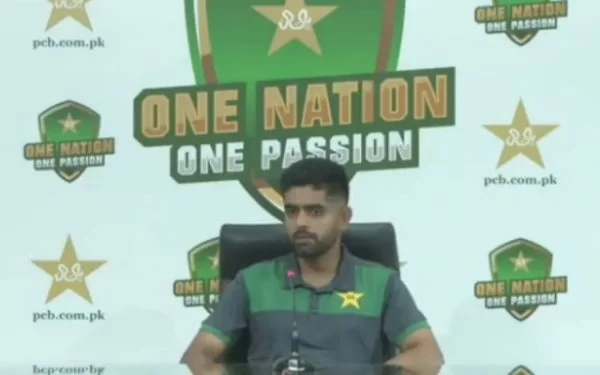 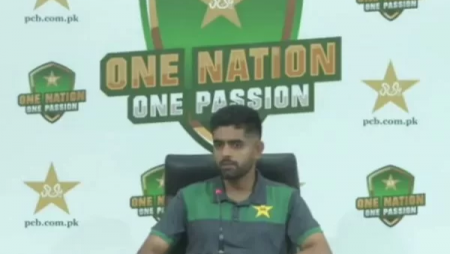 Babar Azam responds harshly to a journalist’s question. Pakistan will play the Netherlands in a three-match One-Day International series beginning on August 16.

Pakistan will play the Netherlands in a three-match One-Day International series beginning on August 16. Before departing for the Netherlands, skipper Babar Azam delivered a scathing response to a reporter who questioned Pakistan players’ fitness and suggested that star cricketers like Babar, Mohammad Rizwan, and pacer Shaheen Shah Afridi should limit themselves to only two formats.

In response, Babar stated that all current Pakistani cricketers are fully fit, and he, along with other prominent players, is not considering limiting the game to just two formats. Babar also asked the journalist if he thought Babar had aged.

If the load is increased, we will improve our fitness: Babar Azam

“You, Rizwan, and Shaheen are the pride and joy of Pakistan cricket.” Assuming that we lost the second Test against Sri Lanka, how much work is left to do? (Don’t you think the players were depressed because of the increased workload?) So, wouldn’t it be a good idea if you only played two formats?” wondered the journalist.

“It depends on your level of fitness.” Isa socha nahi hai ki hum do format mein aa jaye. What happened to your main Buddha? Is it true that hum budhe ho gaye hai? (With our level of fitness, I don’t believe we should limit ourselves to two formats. Do you think I’m getting old?)” Babar responded. The journalist also inquired about the increased workload.

“I don’t think so,” Babar replied. If your load is zyada, your fitness will suffer (If the load is more then we will increase our fitness levels)

In terms of Babar’s international performance, the right-handed batter has been in good form recently and will want to keep it up. The Men in Green will face India in the first round of the 2022 Asia Cup.