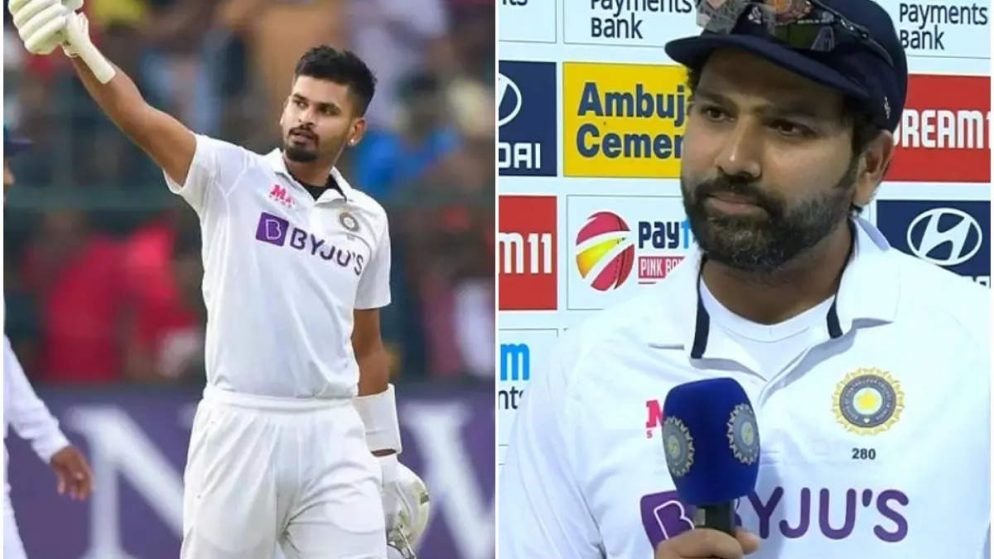 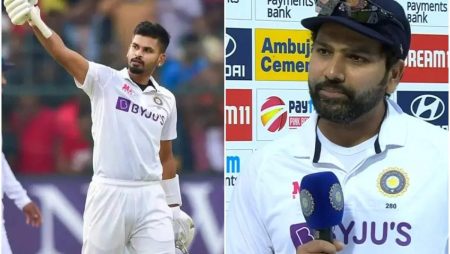 Following his team’s 2-0 Test series victory over Sri Lanka, Indian captain Rohit Sharma praised Shreyas Iyer’s outstanding performance. Shreyas demonstrated tremendous character during the Day-Night Test in Bengaluru, slamming quickfire half-centuries in both innings. Notably, the track provide a lot of assistance for bowlers, as many batters were unable to get started. In such circumstances, the right-handed batter recorded scores of 92 and 67, earning him Player-of-the-Match honors.

It should be noted that the BCCI selectors chose not to play big guns like Cheteshwar Pujara and Ajinkya Rahane in this series, as India’s batting order took on a new look. Iyer replaced Rahane in the lineup, while Hanuma Vihari took Pujara’s third spot. The right-handed batter had big shoes to fill, and he did an excellent job. In order to emphasize this, Rohit lavished praise on Iyer.

Rohit Sharma: Shreyas Iyer carried over his form from the T20 series with Sri Lanka

“Shreyas simply picked up where he left off in the T20 series against Sri Lanka.” “He appeared to carry that form into the Test series,” Rohit said after the game. “He was aware that he was stepping into the big shoes of guys like Rahane and Pujara, but he has everything he needs.” “He’ll be better now that he’s starting to travel,” he added.

Meanwhile, Iyer has established himself as a regular for India across all formats. While the 27-year-old with the white-ball team for some time, he made his Test debut last year during the home series against New Zealand. He made history by becoming the first Indian to score a century and a fifty on his Test debut, impressing everyone.

Despite missing the Test series against South Africa earlier this year due to a stomach infection, Iyer made the most of his opportunity against Sri Lanka. Notably, the World Test Championship final is schedule for next year. As a result, Iyer would like to continue his stellar run in the game’s purest form.