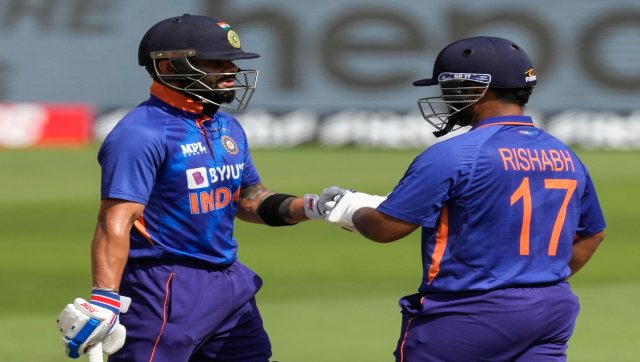 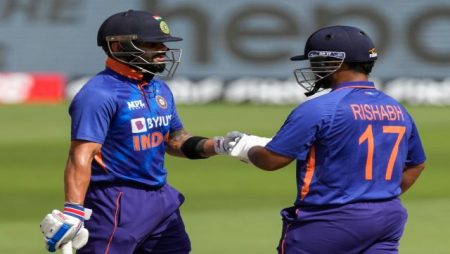 Indian captain Rohit Sharma praised Rishabh Pant for his outstanding performance in the recent Test series against Sri Lanka. Pant had a fantastic series both with the bat and behind the stumps. Recording the fastest half-century by an Indian batter in Test cricket. In the second innings against Sri Lanka, the left-hander scored his fifty in just 28 balls. Breaking the 40-year-old record held by the legendary Kapil Dev.

Pant’s batting abilities have improved dramatically over the last two to three years. And he has become an important member of the Indian team in all three formats. He’s fun playing Test cricket so far, with four centuries and eight half-centuries to his name, and his approach on the difficult Bengaluru wicket spoke volumes about his game-changing abilities.

Rohit stated that the management has given Pant the freedom to express himself, but has also warned him to play shots that are suited to specific pitches and to be aware of the game situation. He added that the wicketkeeper-batter has made significant progress in his game plans and that he is willing to accept failure at times given his match-winning abilities.

“We know how he bats, and as a team, all we want to do is give him the freedom to bat the way he wants to bat.” But keep in mind certain game situations, where the game is going, we have conveyed that to him, but we want to stick with his gameplan as a team,” Rohit said in the post-match press conference.

“His game plans just seem to get better and better.” There will be times when you shake your head and wonder, “Why did he play that shot?” but we must be prepared to accept that with him when he bats. He is someone who can literally change the game in half an hour or 40 minutes. “I think we’re ready to accept whatever comes with Rishabh Pant,” he added.

Pant has already made some significant contributions to the team in Tests, including the famous unbeaten 89 at the Gabba that helped India win a historic Test series in Australia under Ajinkya Rahane.