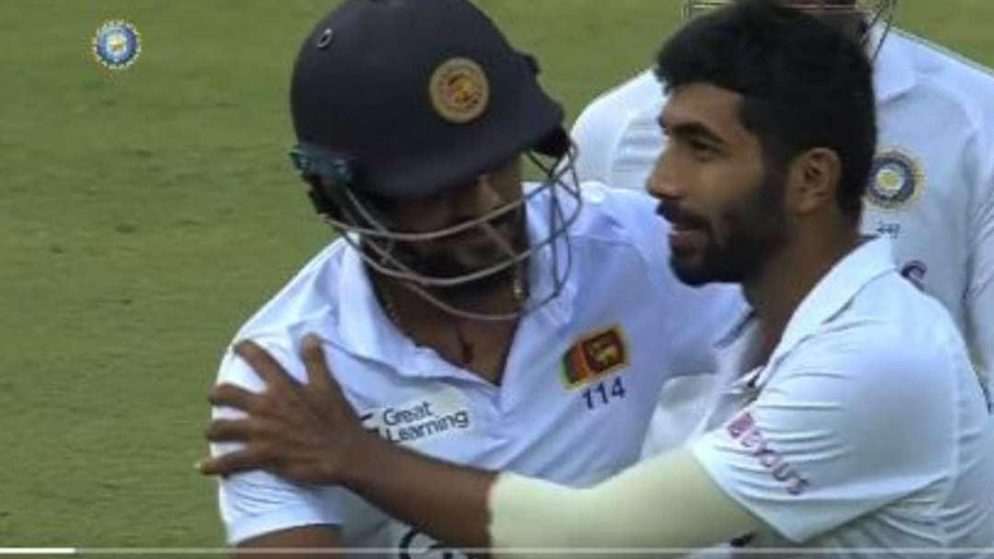 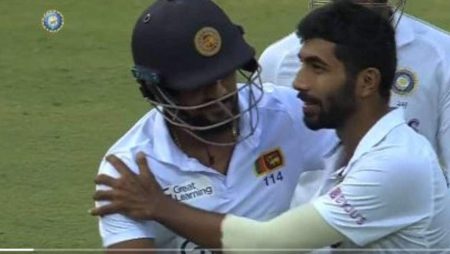 The Indian bowlers were at their ruthless best as the Rohit Sharma-led side thrashed Sri Lanka by 238 runs. In the second Test (D/N) on Monday at the M Chinnaswamy Stadium in Bengaluru. With this victory, India completed a clean sweep of the two-match series. This was India’s 14th consecutive victory across all formats since Rohit was named captain.

It was a memorable Test for India pacer Jasprit Bumrah. Who recorded his first five-for on home soil in the first innings before adding three more scalps in the second. However, it was Bumrah’s wonderful gesture for Sri Lanka pacer Suranga Lakmal that dominated the internet.

It was a special Test for India pacer Jasprit Bumrah, who recorded his first five-for on home soil in the first innings before adding three more scalps in the second. Bumrah’s wonderful gesture for Sri Lanka pacer Suranga Lakmal, on the other hand, dominated the internet.

Bumrah dismissed Lakmal on Day 3, but was quick to congratulate the Sri Lanka fast bowler, who was playing his final international match.

Both players shook hands, and Rohit and Virat Kohli congratulated the player.

As he walked back to the pavilion, Lakmal was met with a special guard of honour from players from both dressing rooms.

Here are some of the social media reactions to Bumrah’s gesture for Lakmal:

However, After the game, Sri Lanka skipper Dimuth Karunaratne congratulated Lakmal, calling him “one of the best.”

“One of the best performances I’ve ever seen in my career. I’m thrilled for him that he’ll be playing county cricket, and also I’m confident he’ll excel there as well “remarked Karunaratne at the presentation ceremony.

Lakmal, who took just one wicket in the match, made his ODI debut against India in Nagpur in 2009.

He then made his Test debut against the West Indies in Colombo almost a year later.

Also Read: Hardik Pandya reports to the NCA ahead of the IPL 2022 season and will be subjected to a fitness test.