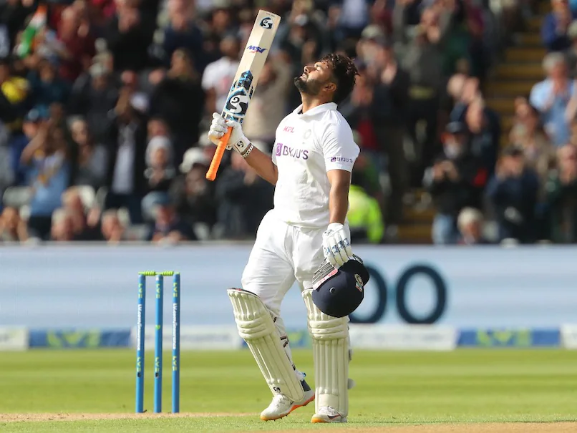 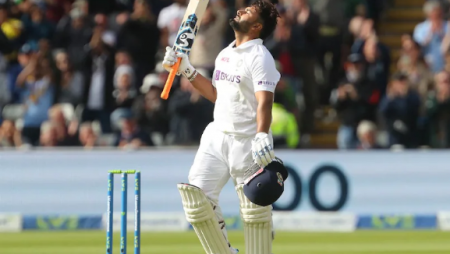 Rishabh Pant’s Incredible Century Against England In The Edgbaston Test Breaks The Internet. Twitter went into overdrive after Rishabh Pant’s batting exploits. With fans, cricketers, and people from all walks of life praising the Indian wicketkeeper.

Rishabh Pant unleashed a stunning attack on the English bowlers on Day 1 of the rescheduled fifth Test at Edgbaston. Steering India out of trouble and putting the visitors in a strong position. Rishabh Pant hit 146 off 111 balls in 89 deliveries to reach the three-figure mark. It was also the fastest ton by an Indian wicketkeeper in 17 years, breaking MS Dhoni’s record. With India in trouble at 98 for five, Pant and Ravindra Jadeja combine to clean up the England bowlers with a brilliant 222-run sixth-wicket partnership.

Moreover, Twitter went into overdrive after Pant’s batting exploits. With fans, cricketers, and also people from all walks of life praising the Indian wicketkeeper.

The world’s reaction to Rishabh Pant’s brilliant knock was as follows:

Pant’s fourth international century came in double quick time and at a critical juncture for India.

However, Hosts In dreary, overcast conditions, England won the toss and put India in to bat. England’s bowlers, led by James Anderson, made life difficult for India’s top order.

Much expect of stalwart Virat Kohli, but he was dismissed for 11 after chopping Matty Potts onto his own stumps.

India was also on the verge of collapse, and the English were poised to deliver the knockout blow. Pant, on the other hand, had other plans and launched a stunning counterattack. Pant’s wrath was felt by all, as the Indian wicketkeeper use every weapon in his arsenal to flay the English attack to all corners of Edgbaston.