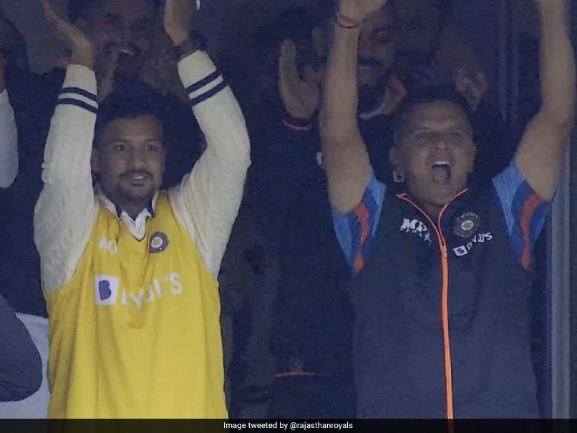 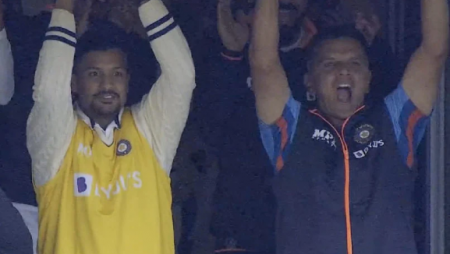 On Day 1 of the rescheduled fifth Test against England at Edgbaston in Birmingham. India wicketkeeper-batsman Rishabh Pant smashed his fifth Test century. Pant, who has scored 50 or more points in each of his last four Test innings, reached triple figures in just 89 deliveries. Before being dismissed for 146, the 24-year-old hit 19 boundaries and four sixes. When Pant reached three figures in the 58th over of the match, India’s head coach, Rahul Dravid, rose from his seat in joy, both hands in the air, to celebrate the youngster’s knock.

Dravid is known for his cool demeanor, and also his animated reaction went viral on social media.

The celebration by Rahul Dravid!!!! This tells the importance of the ridiculous knock by pant!!! And the gravity of it was just phenomenal!!!!

India were 98 for five before Pant and Ravindra Jadeja rescued them with a 222-run sixth-wicket stand.

Moreover, India were 338 for seven at stumps, with Jadeja unbeaten on 83.

Pant’s century was his fifth in Tests and also his fourth away from India.

It was also his third century against England and his second in the country, following his maiden Test century at the Oval in 2018.

Also Read: Ex-India cricketer on why opening with Cheteshwar Pujara in the fifth Test against England “makes more sense”