Richa Ghosh said – ‘Since childhood, I’ve followed Dhoni and how he used to finish the game’ 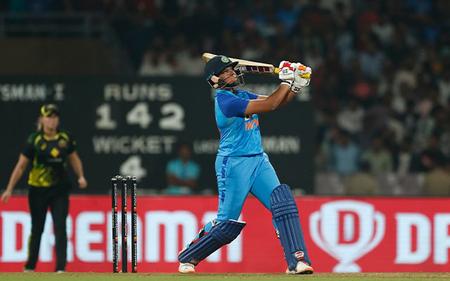 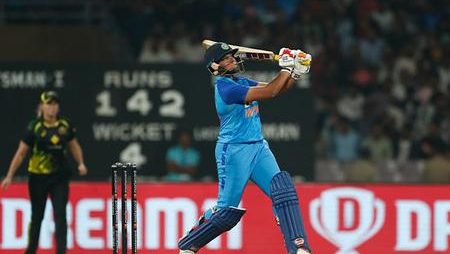 Richa Ghosh said – ‘Since childhood, I’ve followed Dhoni and how he used to finish the game’. Additionally, Richa revealed her ambition to one day meet former India captain and outstanding wicketkeeper-batter MS Dhoni.

The second game of the ongoing T20I series between Australia Women and India Women saw the Women in Blue come back stronger to tie it up at 1-1. On Sunday, December 11, at the DY Patil Stadium, India played their first-ever Super Over, set a 21-run goal, and defeated Australia to win the second Twenty20 International.

One player, though, has been having a blast during this series. In both T20Is, Indian wicketkeeper-bat Richa Ghosh displayed excellent batting prowess. One of the key factors in India tying the score with Australia when chasing in the second game was her undefeated 13-ball 26*. Ghosh has been striking hard lately, and people are presently raving about her power-hitting abilities.

“Smriti Didi (Mandhana) had told me ‘Khatam karke aana’ (finish the game and come), so I just did that. I have always focused on power-hitting. I worked hard on it and also focused on my mental toughness. It all went according to our plan. I always look to stay till the end and win it for my team. We had our plan in place. The idea was to keep the run flow going in the middle overs so that we don’t have to go hard in the slog overs.”

Richa expressed her admiration for famed wicketkeeper-batter MS Dhoni, the former captain of India, and claimed she looked up to him. She also emphasized how important her father has been to her career and how he has helped her develop her power striking. The 19 year old continued by saying that she has yet to get the chance to meet Dhoni and stated her wish to do so.

“Since childhood, I’ve followed Dhoni and how he used to finish the game. My dad (Manabendra Ghosh) also helped a lot to hone my power-hitting skills, he would go with me everywhere. He could not go on to become a successful cricketer so he’s backing me fully to chase my dreams. I haven’t had the opportunity to meet him yet. There have been times when he would leave just before we were in for a camp or a match at a venue. Hopefully, I’ll meet him someday,”

Richa Ghosh’s next appearance will be in the ICC Women’s Under-19 World Cup, which will start on January 14, 2023, following the end of the T20I home series against Australia.

Read also: In a third grade cricket match in Australia, Dalyellup skittled out against Donnybrook for just 3 runs while pursuing 175.