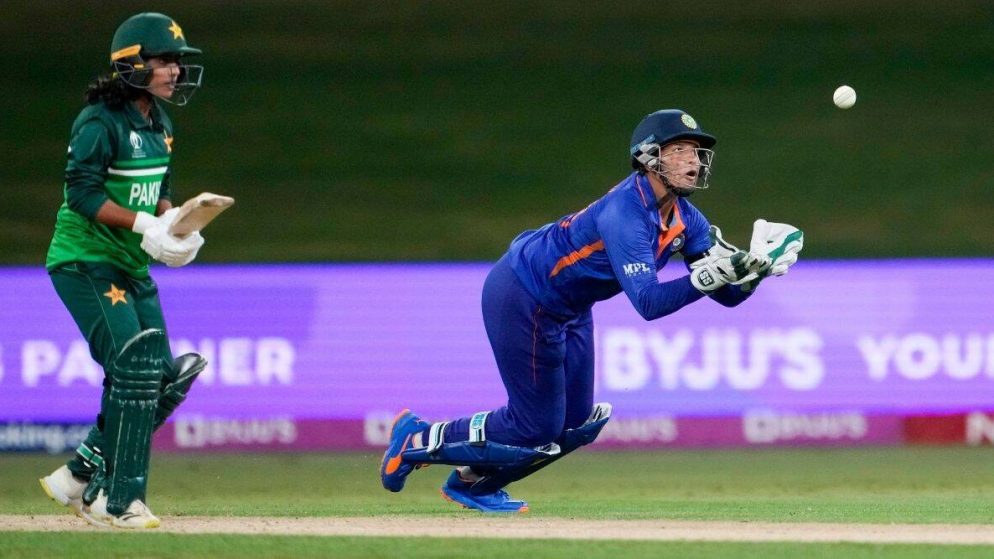 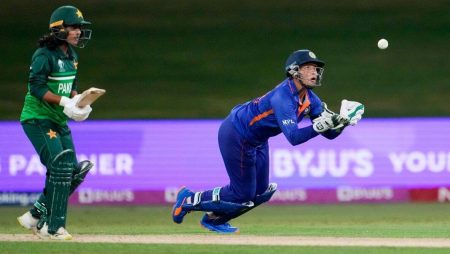 Richa Ghosh, India’s wicketkeeper, pulled off a spectacular stumping in India’s 107-run victory over Pakistan. In the ICC Women’s World Cup in Mount Maunganui on Sunday. With Pakistan chasing 245 and Aliya Riaz at the crease. India’s Rajeshwari Gayakwad deceived the batter with some devious off-pitch spin. Richa Ghosh acted quickly, seizing the stumping opportunity to send Riaz back to the pavilion. During the game, Ghosh became the first player in World Cup history to be involved in five or more dismissals.

Also Read: Dinesh Karthik Lauds Rishabh Pant As “Hallmark Of This Test For Him Personally”

Earlier on Sunday, India thrashed archrivals Pakistan by 107 runs to kick off their tournament campaign. On a high note, with the much-anticipated face-off ending in a no-contest.

After deciding to bat after the coin landed in India’s favor. In-form openers Smriti Mandhana, Sneh Rana, and Pooja Vastrakar each hit useful half-centuries to help their team recover from an early wobble and post 244 for seven at the Bay Oval.

Chasing a difficult target of 245, Pakistan fell far short and were all out for 137 in 43 overs, losing their 11th consecutive 50-over game against India.

Gayakwad, the left-arm spinner, turned the star with the ball, returning with excellent figures of 4/31 after her full quota of 10 overs.