‘Relaxed’ Jonny Bairstow is enjoying his freedom to bat. 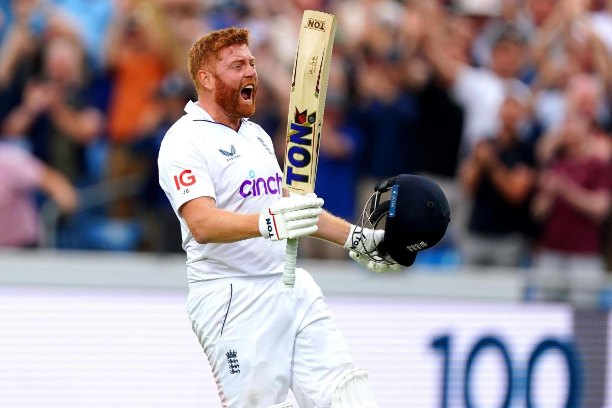 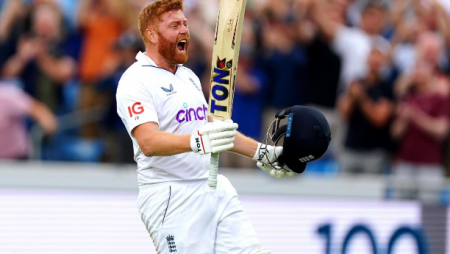 ‘Relaxed’ Jonny Bairstow is enjoying his freedom to bat. “I’ve returned to young Jonny, where I’m watching and seeing the ball,” Bairstow explained.

Jonny Bairstow was punishing the Kiwi bowlers with his nonchalant batting on the second day of the third and final Test at Headingley, fresh from a match-winning innings in the second Test at Trent Bridge. England are in a strong position at the end of Day 2 thanks to Jonny Bairstow innings.

England were at 21/4 following Joe Root’s dismissal, and their woes were exacerbated when skipper Ben Stokes was dismiss in an attempt to counterattack. Follow by Ben Foakes, who was unable to open his account. Despite the loss of all those wickets, Jonny Bairstow continued to play his shots and punished the bowlers whenever they erred even slightly.

At the end of the day’s play, the right-hand batter had his 10th Test century and unbeaten on 130. After his innings, the English batter spoke to the press, saying that he is trying to bat with a clear mind and not pay attention to the critics. He is confident in his natural attacking game and is at ease at the crease.

“This is the way I’ve always been able to play.” I suppose it’s your personality shining through. I’m just a more relaxed version of myself at the crease; I’m not as tense. I’ve returned to young Jonny, where I’m watching and seeing the ball. There is sometimes a lot of nonsense said about a variety of topics, and it sometimes gets into your head and clutters it. “The most important thing is that I am myself,” Bairstow said after the game.

The explosive batter has always preferred to hit his way out of trouble, but has only recently been successful. The wicketkeeper batter remarked on the ease with which Stokes and Brendon McCullum approach things behind the scenes. Instead of putting pressure on the players, they have allowed them to express themselves freely on the field.

“Sometimes we complicate a simple game.” We’re attempting to remove the complication and allow people to go out and express themselves. “You can either go into your shell and bat like everyone else for years and years, or you can try to survive against bowlers like Boult and Tim Southee when they’re bowling so well,” he added.

Also Read: Ramiz Raja, Chairman of the PCB, on the proposed IPL window