Rawalpindi Test: David Warner tackled Pakistan bowlers with a smile on his face. 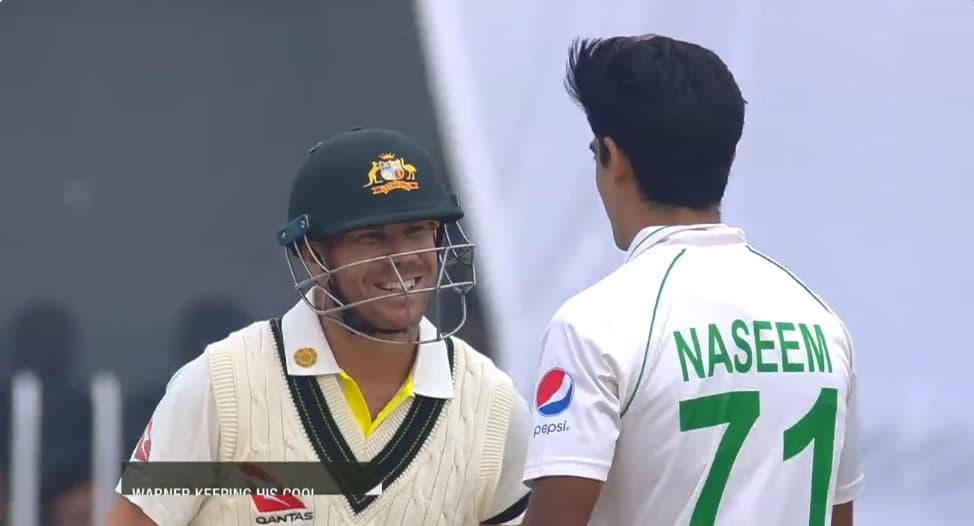 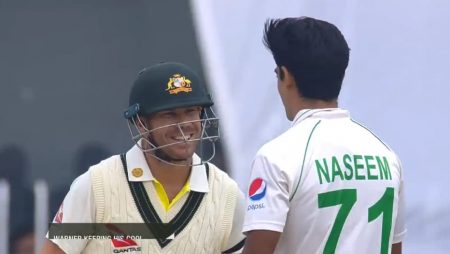 After being force to work hard for the first two days of the first Test against Pakistan, Australia repaid the favor on Day 3 by piling on the runs in Rawalpindi. To frustrate Pakistan’s bowlers, Usman Khawaja and David Warner put on 156 runs for the first wicket.

Khawaja was dismiss for 97, while Warner made 68. After that, Marnus Labuschagne and Steve Smith took the spotlight as Australia reached 271 for two at stumps on Day 3. Despite a few stares from Pakistan bowlers, Warner faced the opposition with a smile on his face.

Also Visit: According to his manager, Shane Warne complained of chest pain and sweating prior to his Thailand vacation.

With a smile on his face, David Warner took on Pakistan’s bowlers.

The start of play on Day 4 was delay due to a wet outfield in Rawalpindi following heavy overnight rain.

Australia were 271 for two in their first innings when play was halted with 21 overs remaining on day three due to rain.

Labuschagne was on 69 and Smith on 24 as the tourists trailed Pakistan’s 476 for four declared by 205 runs.

Australia is on its first tour of Pakistan since 1998, having previously refuse to visit the country due to security concerns.

The Rawalpindi pitch has provided little for the bowlers, with only six wickets falling in the first two Tests. The batters have been having a field day. In the first innings, Imam-ul-Haq and Azhar Ali both scored centuries.

Usman Khawaja expressed disappointment at missing out on what would have been a “memorable hundred” in his birth country.

“It was a little disappointing,” said Khawaja, who was caught on 97.

“You walk into the locker room and feel worse than a 20 in some ways.”

The second Test of the series will be held in Karachi from March 12 to 16, with the third taking place in Lahore from March 21 to 25.

Also Read: Thailand’s police on Warne’s Case: Blood stains were found on the floor and on the bath towels in Shane Warne’s room.

3 Replies to “Rawalpindi Test: David Warner tackled Pakistan bowlers with a smile on his face.”