Ravindra Jadeja: ” Thanks Captain Rohit Sharma, for letting us to bat higher up.” 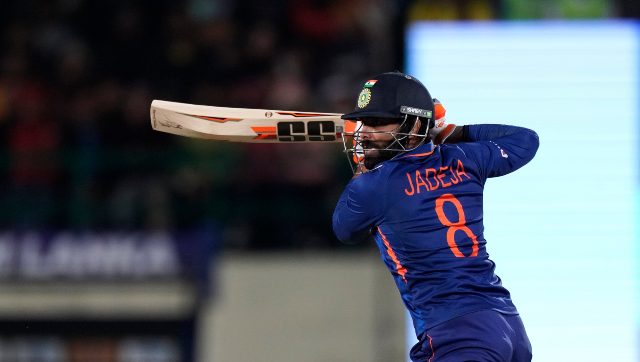 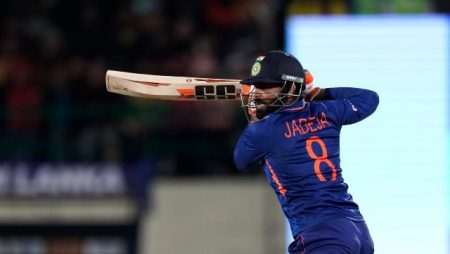 Ravindra Jadeja: ” Thanks Captain Rohit Sharma, for letting us to bat higher up.” Ravindra Jadeja, who batted at no. 5, scored 45 runs off 18 balls in the second T20I.

Fit-again Ravindra Jadeja, India’s allrounder, is enjoying his new role batting in the middle order. He thank skipper Rohit Sharma for believing in him and moving him up the order. The left-arm spin all-rounder returned to action after recovering from a knee injury, and he blasted his way to an 18-ball 45 not out batting at No 5 in India’s series-clinching seven-wicket win over Sri Lanka on Saturday. “Yes, I am enjoying batting fifth. I can take my time and pace my innings based on the situation “Jadeja stated this during the post-match media interaction.

Also Read: ‘He answered his critics with the bat,’ says Irfan Pathan of Shreyas Iyer.

Thanks Captain Rohit Sharma for believing in me: Ravindra Jadeja

“I’d like to thank Rohit because he believes in me and trusts that I can go out there and score runs for my team.”

“So, hopefully, whenever I get another chance in the future, I’ll do my best, play to the situation, and be in the game for my team.” The 33-year-old miss the previous two series against South Africa and the West Indies while recovering from a knee injury.

Jadeja promote to No. 4 in his comeback match in the first T20I on Thursday, where he scored 3 not out from four balls as India posted 199 for 2 en route to a 62-run win.

To justify his decision, Rohit said that they “wanted more” from the “vastly improved batter” Jadeja.

In the second T20I, India lost both Rohit (1) and Ishan Kishan (16) cheaply inside the powerplay, while Sanju Samson (39 from 25 balls) could not convert his start as they were 128 for 3 and needed 56 runs in the last seven overs when Jadeja came in.

Jadeja looked in top form, and he and the in-form Shreyas Iyer (74 not out) put on an outstanding batting display to complete the chase with 17 balls to spare.

“I am feeling better, more confident, and ready to go. I’m glad I pitched a strong inning for my team. Hopefully, I’ll be able to do the same in future games “he stated.

He said the wicket also helped a lot because the ball was coming in nicely.

“The wicket was so good, the ball was coming on nicely, and all I had to do was time the ball. I wasn’t putting on a show. I was just looking to play some standard cricket shots. Shreyas has been batting brilliantly. We attempted to play until the end “He was speaking of their 58-run unbroken stand from 25 balls.

Jadeja also praised Samson, who batted well before being bowled out in the 13th over.

“He performed admirably. You feel confident when you play after a long time and score runs. Hopefully, he will be able to continue in the upcoming games.”

2 Replies to “Ravindra Jadeja: ” Thanks Captain Rohit Sharma, for letting us to bat higher up.””