In “Cold Dharamsala,” Rohit Sharma offers a cameraman a cup of coffee. 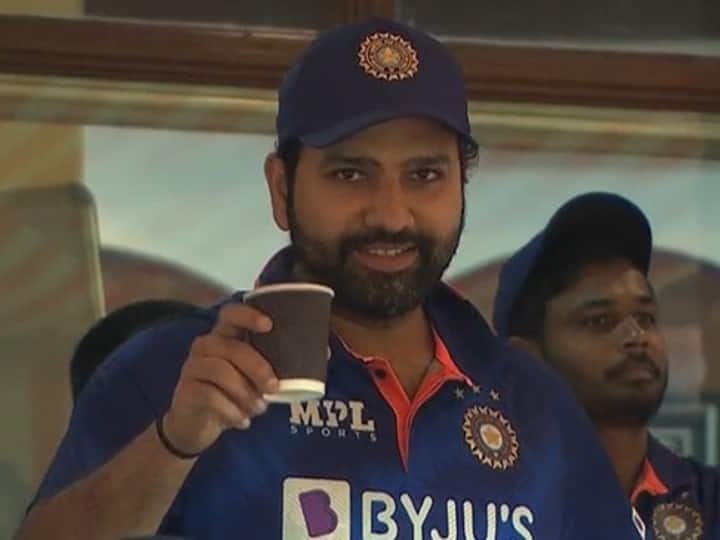 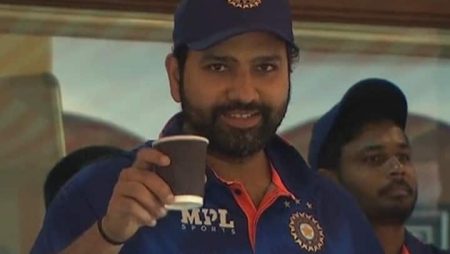 In “Cold Dharamsala,” Rohit Sharma offers a cameraman a cup of coffee. During India’s run chase, Rohit Sharma was seen drinking coffee in the dressing room.

Team India was at their ruthless best as they chase down a target of 184 to defeat Sri Lanka by 7 wickets at the HPCA Stadium in Dharamsala. On Saturday, the temperature in Dharamsala ranged from 4 to 8 degrees Celsius. There were a few showers in the morning and afternoon as well. India captain Rohit Sharma did not have a good outing with the bat, but he surely enjoyed the batting masterclass put on by the middle-order batters.

During India’s run chase, Rohit was seen drinking coffee in the dressing room. When he realize the camera was on him, he decide to engage in some friendly banter with the cameraman.

The 34-year-old jokingly offered the cameraperson the coffee before laughing about it.

BCCI posted a video of Rohit Sharma offers a cameraman a cup of coffee on their official Instagram account.

India were chasing a total of 184 when the early wickets of Rohit and Ishan Kishan shook them.

Shreyas Iyer and Sanju Samson, on the other hand, steadied India’s ship before the former put on a whirlwind partnership with Ravindra Jadeja to take India home with 17 balls to spare.

Pathum Nissanka’s 53-ball 75 and a late blitz from skipper Pathum Nissanka (47 off 19) had earlier propelled the visitors to a total of 183 for five.

The third and final T20I will be played at the same venue later today.

Also Read: Ravindra Jadeja: ” Thanks Captain Rohit Sharma, for letting us to bat higher up.”

2 Replies to “In “Cold Dharamsala,” Rohit Sharma offers a cameraman a cup of coffee.”