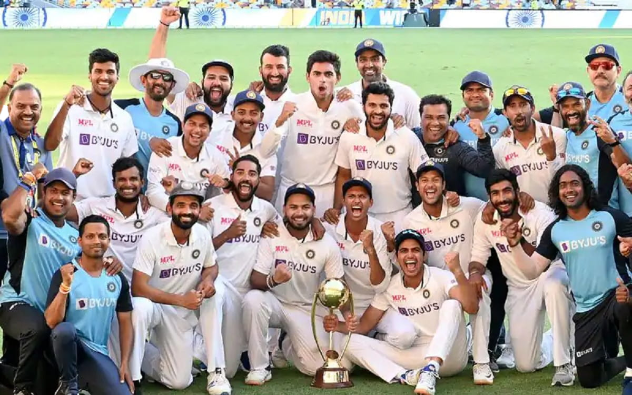 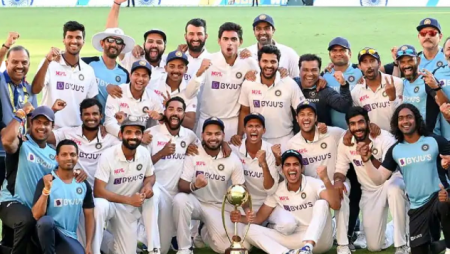 Ravichandran Ashwin on Australia’s Famous Gabba Win. India had won the Border-Gavaskar Trophy 2-1 after defeating Australia by three wickets in the Gabba Test.

The 2020-21 Border-Gavaskar Trophy was one for the ages, and no one will ever forget how an injured India defeated Australia in their own backyard against all odds. India were bowl out for 36 in the Adelaide Test, and many pundits predicted a whitewash. Especially after Virat Kohli return home to be with his child. However, under Ajinkya Rahane’s leadership that the team rallied to defeat Tim Paine’s team in Melbourne and Brisbane.

The four-match series was tied at 1-1 going into the fourth Test. The decider set to be played at Gabba, where Australia had not lost in the longest time. However, thanks to the heroics of Rishabh Pant, India breached Australia’s fortress and won the series 2-1.

Gabba: Pant scored an unbeaten 89 as India chased down 328.

Off-spinner Ravichandran Ashwin reveal that then-head coach Ravi Shastri hoping for a draw in the Gabba Test. But a win was achieve thanks to the efforts of Pant and Washington Sundar.

“It’s difficult to comprehend his (Rishabh Pant’s) thoughts. He is capable of accomplishing anything. One of those players who has been extremely fortunate. He has so much talent that he believes he can hit every ball for a six. It’s difficult to keep him calm; Pujara tried during the Sydney Test, but he missed out on a century. But in this game, Ravi bhai told me from the inside that I am sitting outside. He wanted a draw because the game could be drawn, but we were going for the win “Ashwin stated on Sports Yaari.

“Everyone had their own strategy, so I asked Ajinkya on the outside what the strategy was, and if we were going for a win. ‘Pant is playing, and we’ll see what happens,’ he said. Our strategy changed the moment Washi (Washington Sundar) went in and scored 20 points in a row. His 20-30 run contribution was critical “He continue.

Ashwin had to withdraw from the Gabba Test due to back spasms. In the previous Test in Sydney, the off-spinner led a rearguard action with Hanuma Vihari to help India earn a draw.

Many Indian players were injured during the Border-Gavaskar Trophy, including Mohammed Shami, Ravindra Jadeja, Umesh Yadav, Ashwin, and Jasprit Bumrah, and in the final Test, T Natarajan and Washington Sundar made their debuts in the longest format.

Also Read: “Cricketers in India and Pakistan want to play against each other:” Mohammad Rizwan