“Cricketers in India and Pakistan want to play against each other:” Mohammad Rizwan 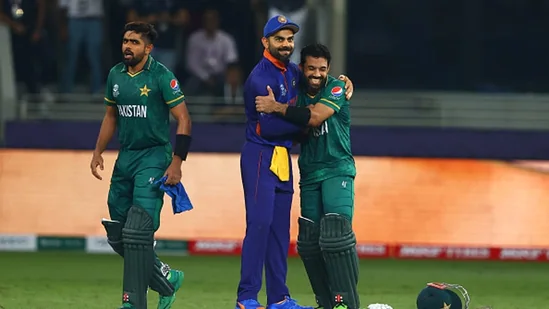 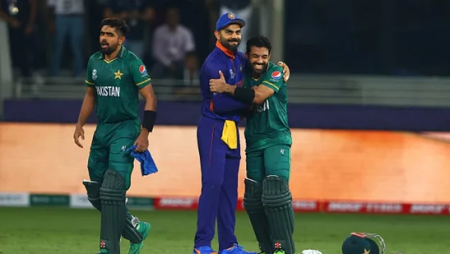 Last year, India and Pakistan faced off in a T20 World Cup match in Dubai, with Pakistan coming out on top with a clinical performance with both bat and ball. Both teams set to meet again in the Super 12 stage of the T20 World Cup later this year in Australia. Due to political tensions, there has been no bilateral cricket between the two countries for nearly a decade, and the only time fans get to see this clash is when the two teams face off in ICC or continental tournaments.

Mohammad Rizwan: “India and Pakistan ant to play against each other”

Mohammad Rizwan, Pakistan’s star wicket-keeper batter, and Cheteshwar Pujara, India’s Test specialist, recently played for Sussex in the County Championship in England. The friendship between the two players made headlines, and cricket fans ate it up.

“The cricketers from Pakistan and India want to play each other. But the problems beyond our level are beyond our control.” Rizwan said, referring to what Pujara told him.”

The Pakistani star reiterated his previous statements about learning from Pujara.

“I had discussions with Pujara about cricket and learned a lot from him. As players, we are all part of the same cricketing family “Rizwan stated.

Also Read: The position of women’s tests on the cricket calendar is called into question by the ICC Chair.