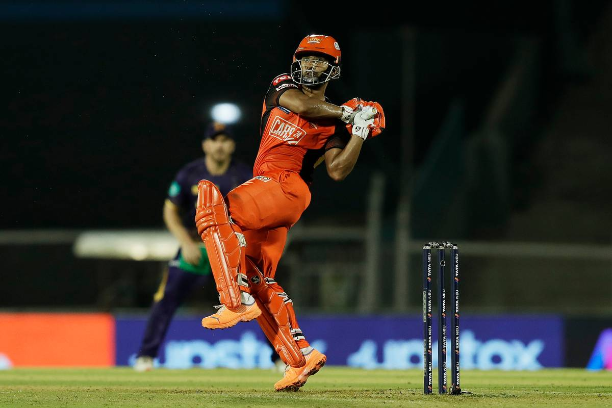 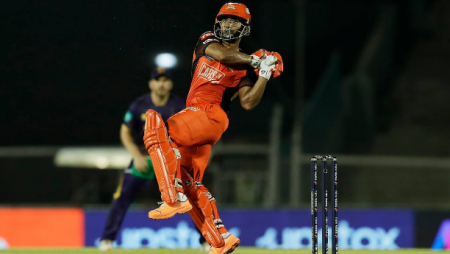 Ravi Shastri supports Rahul Tripathi bid for national selection. “If he continues to perform season after season, I’m sure the selectors will be watching very closely and giving him his due,” Shastri said.

Former India coach Ravi Shastri praised Rahul Tripathi. Saying the Sunrisers Hyderabad batsman is on the verge of being call up to the national team. Shastri’s remarks came in the aftermath of Tripathi’s magnificent knock against the Mumbai Indians on May 17 at the Wankhede Stadium, which helped SRH post a big total of 193/6.

Tripathi, who struggl against the Kolkata Knight Riders, was on fire when he walk out to bat against MI. He delivered an outstanding performance, smashing a 44-ball 76 that included nine fours and three sixes. Tripathi held the game tight in the middle and anchored SRH’s innings after they lost their opening batter, Abhishek Sharma.

“He’s not that far away. If someone doesn’t get up from the bench or gets out of bed on the wrong side and gets hurt, this guy can come in right away. He can start at No. 3 or No. 4. He’s a dangerous player who should be considered. “I’m sure the selectors will be watching him very closely and giving him his due if he continues to perform season after season,” Shastri told ESPNcricinfo.

Also Visit: “I Think It Was A Good Call.” says Ishan Kishan of the Mumbai Indians’ decision to release Tim David

Rahul Tripathi is not intimidate by his opponents on national selection:  Ravi Shastri

Tripathi has been a standout for Hyderabad this season, batting at the No. 3 spot. He has proven to be a reliable top-order batsman, and the team has placed their trust in him. Tripathi has scored 393 runs in 13 games, with an incredible strike rate of 161.73 and an average of 39.30.

“It’s not that one swallow that makes a summer; he’s been around for a while, and what I like about his game is his fearlessness, and he’s got the reputation of being a known quantity and someone the opposition wants to get rid of quickly.” Regardless, he comes out and plays his game… “He’s not intimidated by any opponent or bowler, which is great to see,” Shastri added.