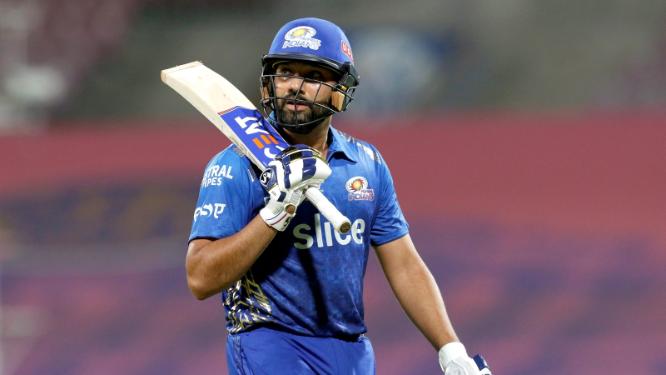 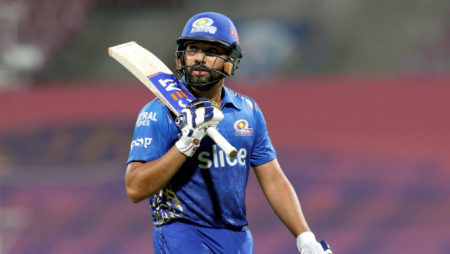 Matthew Hayden and Sunil Gavaskar Disagree on the Reason for Rohit Sharma’s Form.

Mumbai Indians captain Rohit Sharma is not having a good Indian Premier League (IPL) 2022 season. So far, he has 266 points at an average of 20.46 in 13 games. With the T20 World Cup in five months, the Indian cricket team captain’s form will be scrutinized in the coming days. Matthew Hayden and Sunil Gavaskar spoke extensively about Sharma’s lean patch ahead of MI’s match against SunRisers Hyderabad on Tuesday. While the latter claimed Sharma’s poor shot selection was to blame for his low scores, Hayden disagreed.

Gavaskar explained what has been causing Rohit Sharma’s poor form: “Choosing a shot. That’s one of the reasons he’s having such good starts. He appears to be in no trouble, gets to 30-40, and then his shot selection fails him.”

“I know it’s a natural reaction. You see the ball being released before taking the shot. But when you decide that this is the shot you’re going to take and the ball isn’t where you expect it to be, you’re in trouble. The ball is hitting the middle of the bat; it’s just his shot selection that is failing him “The former India captain went on to say.

Also Visit: Kane Williamson Leaves The SRH Bio-Bubble For The Birth Of His Second Child

Matthew Hayden, on the other hand, stated a different reason.

“I believe it is mental exhaustion. It comes to Sunny’s point when you’re mentally exhausted. ‘Right, what’s my shot selection?’ I believe that when you are mentally fatigued, you try to shake the system a little bit. You want it to be easier, which leads to dismissals. And then there are compounding effects, because poor results lead to even worse results “Hayden stated this during the pre-match show on Star Sports.

“What do we mean by fatigue?” Gavaskar then approached the former Australian cricketer.

“When you have constant play, and these guys are always playing. The reality is that it is a very unique set of circumstances. We played our game, and then we could go to a friend’s house, get out, and enjoy each other’s company. What happens when you play in a bubble environment for two years? It closes in on you. The expectations are there because excellence is demanded. I do feel for them “Hayden expanded on his point.

Gavaskar responded, saying: “If it’s like a family, the environment, which is what they have, big suits, their family is with them; they’re not enclosed in a room. If they were locked in a room, that would be terrible. When you play cricket for your franchise or your country, you must make some sacrifices. Make sacrifices such as not going to the movies or shopping. Because this is a sport that you enjoy. However, shot selection cannot be due to fatigue. Fatigue, in my opinion, should not be used as an excuse. That is my opinion. I am delighted to be proven wrong.”

Sharma scored his highest score of the season against SRH, but his team lost by three runs.

Also Read: Ravi Shastri says SRH batter is “not far away” from being called up for his maiden India appearance.