Participants’ captains clarify their stance on non-striker run outs for the T20 World Cup in 2022. 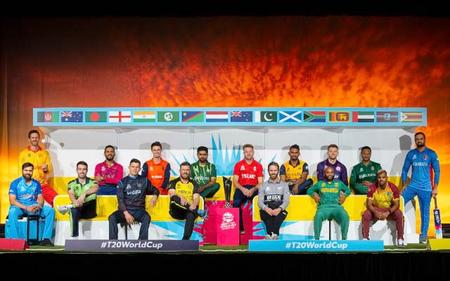 Participants’ captains clarify their stance on non-striker run outs for the T20 World Cup in 2022. The controversy surrounding ejecting a non-striker for excessive batting support has engulfed the cricketing community.

The 16 captains of the competing teams meet in Melbourne’s Plaza Ballroom. To address the media as the T20 World Cup 2022 is ready to begin on October 16.

Journalists in attendance at the press conference questioned the skippers of all the participating countries on a variety of topics. During the discussion, a journalist posed an intriguing yet contentious issue.

When the interviewer question if they all the captains. Would run a non-striker out if he try to back up too far. Before the ball was bowl, there was an uneasy pause. The contentious run out that team India’s Deepti Sharma made against England’s Charlie Dean during the third ODI at Lord’s the previous month in September appears to have served as inspiration for the inquiry.

Read also: ‘No team can be taken lightly’ – Prior to the T20 World Cup in 2022, Gautam Gambhir views Sri Lanka as a threat.

Aaron Finch clarifies the controversy around the non-striker run out

As the presser was separate into slots, captains from Australia, New Zealand, England, Afghanistan, Namibia, Sri Lanka, the Netherlands, and the UAE took the stage in the first batch. The journalist invited the captains to react with a show of hands, but to everyone’s amazement, not a single captain raised his hand, resulting in an uneasy stillness in the stadium.

In the most recent T20I of the three-match series on Friday, October 14, Mitchell Starc cautioned England captain Jos Buttler when he walked out of the crease. Aaron Finch clarified the argument following the incident, saying that it would be “fair” after a warning.

“I think if batters get a warning then it’s fair game after that. That would go for most teams, I assume, if you give the batter a warning that they are getting a little too much ground before the ball is bowled. But I’m not a big fan of it, to be fair, personally,”

Additionally, it has been difficult to judge if the conduct was appropriate or not because of the non-strikers’ run out row.