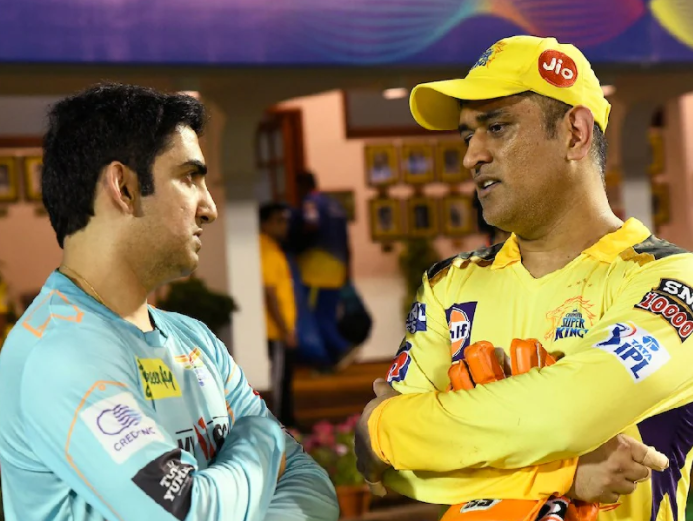 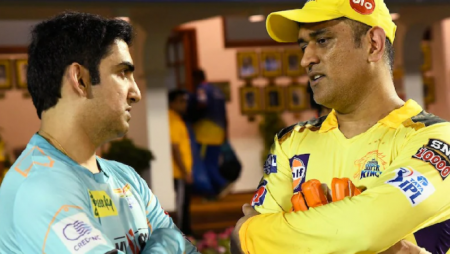 On Thursday at the Brabourne Stadium, the LSG and CSK played a thrilling match in IPL 2022. With KL Rahul’s side defeating the defending champions by six wickets as they chased down 211 with three balls to spare. A boundary-hitting festival in Mumbai provided fans with a high-scoring classic. With both teams sending the ball over the ropes on numerous occasions. Lucknow crossed the finish line in the final over of the innings. After the game, Lucknow Super Giants coach Gautam Gambhir and CSK wicketkeeper MS Dhoni were seen chatting.

After the game, Gambhir posted a photo of himself with Dhoni on Instagram with the caption, “It was nice catching up skipper.”

One fan commented on the post, “Haters will say it’s Photoshop.”

Gambhir, who is left-handed, retired from all forms of cricket in 2018, while Dhoni will retire from international cricket in August 2020.

In the match between LSG and CSK, KL Rahul’s team chased down 211 with six wickets in hand and three balls to spare.

Rahul Dravid and Quinton de Kock scored 40 and 61 runs, respectively. Lucknow was eventually won by Ayush Badoni (19 not out) and Evin Lewis (55 not out).