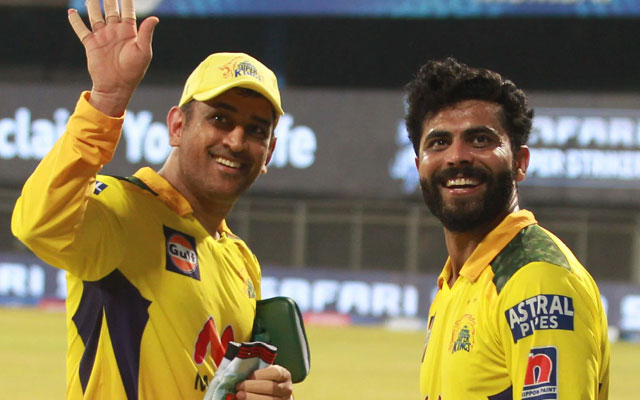 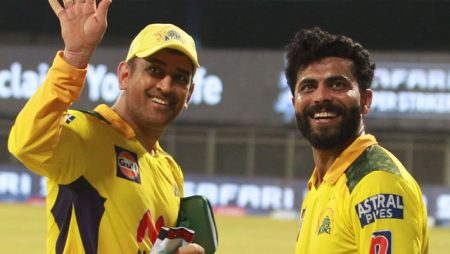 MS Dhoni’s captaincy experience, according to Ravindra Jadeja. Despite being the captain, Ravindra Jadeja seen fielding in the deep mid-wicket area against LSG.

Chennai Super Kings’ new captain, Ravindra Jadeja. Praised MS Dhoni for the invaluable advice he has imparted in the dressing room and on the field. Jadeja is new to the leadership role, having last captained his team at the age of 19. He has struggle in his first three games. However, with Dhoni present, Jadeja was happy to receive input from him and relied on the veteran’s experience.

Dhoni has been an integral part of the franchise since the IPL’s inception in 2008. He has led the team to four IPL titles, making them the tournament’s second most successful team. Despite the fact that he step down as captain ahead of the start of the IPL this year. Dhoni’s experience will always be valuable.

It was clear from the way skipper Jadeja move to the boundary in the game against LSG. Knowing that Dhoni would handle the field setting and bowling advice.

Ravindra Jadeja stated that he was fielding in the deep mid-wicket area due to the high-scoring nature of the game. And that a good fielder would be required on the boundary lines. He praised Dhoni’s presence on the field for advice, saying that CSK were fortunate to have him in the squad.

We don’t need to look elsewhere for advice: Ravindra Jadeja

“No, the last game (against LSG) was a high-scoring game. So there are chances of catches at deep mid-wicket. We thought it would be better if a good fielder was there. As a result, I am unable to communicate effectively with the bowlers. But Mahi Bhai provides input. Which is good because he is so experience that we don’t need to look elsewhere for advice.

“No, the last game (against LSG) a high-scoring game. So there are chances of catches at deep mid-wicket, and we thought it would be better if a good fielder is there. As a result, I sm unable to communicate effectively with the bowlers. But Mahi Bhai provides input, which is good because he is so experience that we don’t need to look elsewhere for advice.

“I’ve been preparing for captaincy since I was told about it a few months ago.” Mentally, I was prepared to lead; there was no pressure on me; I trusted my instincts; I was just thinking, and whatever thoughts came to mind, I pursued. In T20 cricket, it only takes one match to gain momentum, and then the winning streak begins.

“We’re looking for that one win.” When that time comes, everyone on the team is well-versed in their roles. “We’re just trying to get into a rhythm and waiting for our plans to come together,” he added.