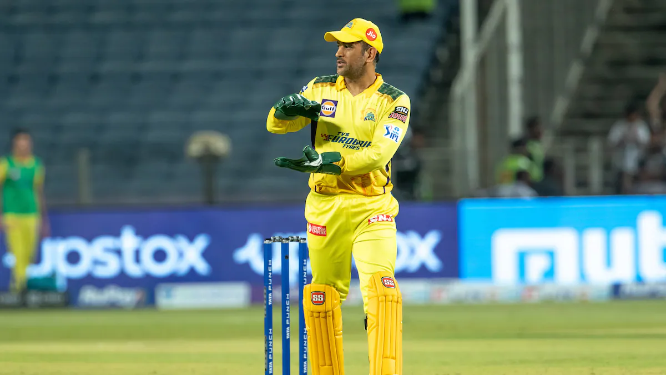 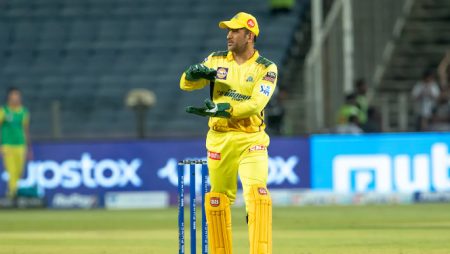 MS Dhoni Analyzes the Reason of CSK 7th Loss in 10 IPL 2022 Matches. On Wednesday, Chennai Super Kings were defeat by Royal Challengers Bangalore by a score of 13 runs.

After a 13-run loss to Royal Challengers Bangalore. Which pushed the defending champions to the brink of elimination. Chennai Super Kings skipper Mahendra Singh Dhoni chastised his batters for poor shot selection. When asked to bat, RCB posted 173 for 8 and then returned on Wednesday to restrict CSK to 160 for 8 in their allotted 20 overs.

“We did well to restrict them to 170-odd runs. We had to get off to a good start, everything was up to the mark and what let us down was the batsmanship,” Dhoni said after the DC vs CSK match.

CSK were 54 for no loss in 6.3 overs but continue to lose wickets, falling short of the target.

MS Dhoni Analyzes the Reasons of CSK 7th loss of the season.

“When you are chasing, you know what is require, and sometimes you have to curb your instinct and see what the situation really demands rather than playing your shots,” Dhoni explained. “Toward the end, the shot selection could have been better.” We got off to a good start and had wickets in hand as the surface improved, but we kept losing wickets at regular intervals.

“If we take care of those things, we can look back at some of the shots. Chasing is about calculations, while batting first is more about instinct. Finally, as a batter or bowler, you are in the middle and must make a decision.” After three consecutive losses, winning captain Faf du Plessis stated that his team needed this win.

“That was definitely something we need. We put up a respectable total. We’re headed in the right direction. “In the bowling department, we’ve been very good,” he said.

The fielding was fantastic. Some excellent catching and bowling.” He stated that his team must “continue to improve in the batting department.” “We want one of the top four batters to come through.”

Harshal Patel of the RCB named Man of the Match for his three for 35.

“I think I tried to bowl the slower balls into the wicket in the first over, but they kind of floated on to the bat. I’ve been working on improving my sequencing “He stated.

Patel, a death over specialist, stated that it is critical “to be aware of the conditions and then what the batter is attempting to do.” With this victory, RCB move up to fourth place in the overall standings.

Also Read: This is why CSK may struggle to find a captaincy successor for MS Dhoni, explains Brad Hogg.