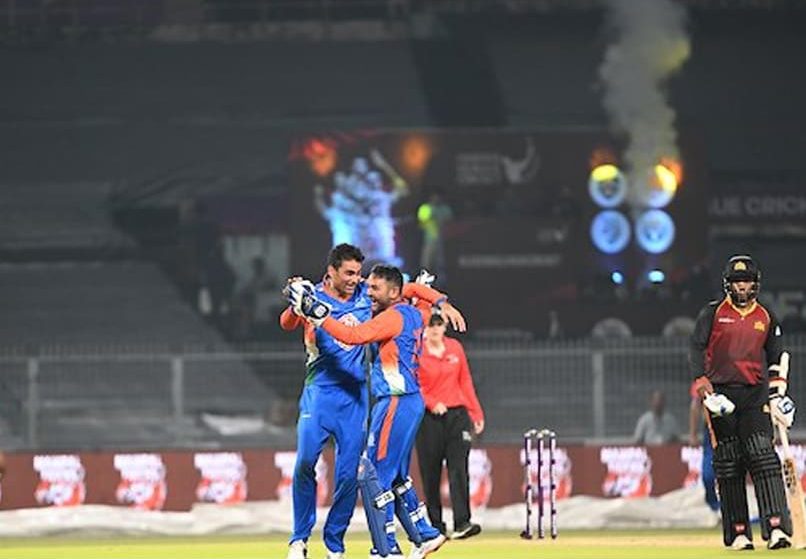 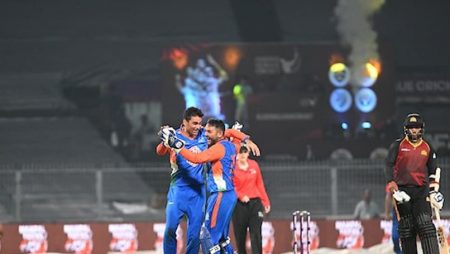 Mohammad Kaif, a former India batter, boasted on social media about his bowling abilities. After claiming a wicket in a match between India Maharajas and World Giants. Ahead of the Legends League Cricket season 2. Kaif also tag BCCI president and former India captain Sourav Ganguly in a video of him taking a wicket on his bowling in the game, saying: “Please pay close attention, skipper, to Mohammad Kaif, the all-drift, rounder’s flight, and turn. Do you think you missed a trick, Dada?”

It’s worth noting that Kaif was a member of the Indian team led by Ganguly in the early 2000s. However, the batter received no bowling opportunities in ODIs, and in Tests, he bowled only 18 balls in his entire career.

Moreover, On Friday, Kaif got a wicket on the second ball of his first over. He bowled it outside off-stump to Thisara Perera of the World Giants. The batter also got an outside edge, and short third baseman Parvinder Awana. Who was filling in, covered a lot of ground to his left before diving and catching the ball.

In terms of the match, Pankaj Singh returned 5 for 26 in four overs to restrict World Giants to 170 for 8 despite Kevin O’Brien’s 52 off 31 balls.

In response, India Maharajas were reduced to 50 for 3 in 6.5 overs after losing Virender Sehwag, Parthiv Patel, and Kaif early. This is when Yusuf Pathan came in and stitched 103 runs for the fourth wicket with Tanmay Srivastava to nearly seal the game for India Maharajas.

The second season of the Legends League Cricket begins on Saturday with a match between India Capitals and Gujarat Giants at Eden Gardens.