Mohammad Irfan said – “Don’t go with statements that Pakistan won’t come to India, let the Board decide it” 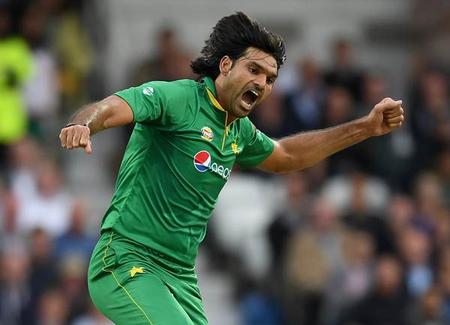 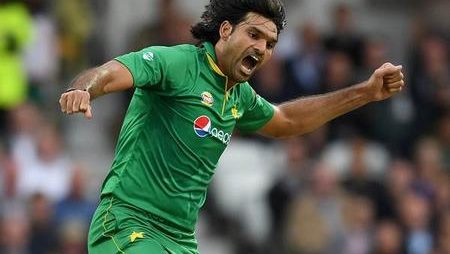 Mohammad Irfan said – “Don’t go with statements that Pakistan won’t come to India, let the Board decide it”. Irfan said that politics should not be discussed among the players.

Pakistani bowler Mohammad Irfan responded to the India-Pakistan issue over traveling to one other’s country for the Asia Cup and World Cup by stating that both countries must travel to each other in order to participate and that athletes shouldn’t get involved in politics.

In the T10 league, the left arm pacer for Northern Warriors gave players more advice, telling them to stay away from politics and refrain from getting sucked into rumors about the situation. When discussing the continuing conflict between the two entities, Irfan blasted both the PCB and the BCCI. Additionally, he asked the BCCI to let India to travel to Pakistan for the Aisa Cup and the PCB to allow Pakistan to visit India for the ODI World Cup in 2023.

“I have said it before too. Players should be kept away from politics. Pakistan should go to India & India should come to Pakistan to play. It increases love between people from both countries. Cricket should be separate from politics. Don’t go with statements that Pakistan won’t come to India, let the Board decide it,”

Pacer was quoted as saying by Hindustan Times.

Read also: Rashid Khan said – “Hardik Pandya has that quality in him to lead Indian team”

Ramiz Raja said – “If the Asia Cup gets taken away from Pakistan, maybe we’re the ones that pull out”

According to Jay Shah, the ACC President and BCCI Secretary, the Asia Cup will be conducted at a neutral location, and the Indian team won’t be going to Pakistan to compete. The PCB threatened to boycott the ODI World Cup if BCCI kept its word. According to the PCB president, Pakistan has no concerns with India choosing not to participate in the World Cups, but the country may boycott the competition if the ACC changes the venue.

“It’s not as if we don’t have hosting rights and we’re pleading to host it. We won the rights fair and square. If India doesn’t come, they won’t come. If the Asia Cup gets taken away from Pakistan, maybe we’re the ones that pull out. Why give it to us in the first place and then make all those statements about India not traveling to Pakistan? I accept that India won’t come because the government won’t allow them to come – fine. But to take the Asia Cup away from the host on that basis isn’t right,”