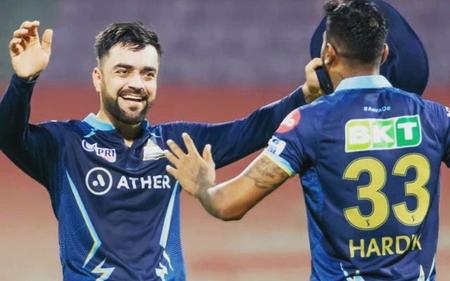 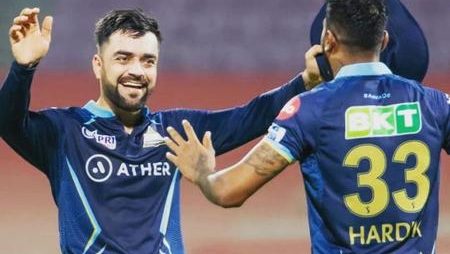 Rashid Khan said – “Hardik Pandya has that quality in him to lead Indian team”. He add ‘He is cool and calm under pressure,’.

Hardik Pandya won over everyone at the IPL 2022, when he made his long-awaited comeback from injury and helped Gujarat Titans win the championship in their very first game. He demonstrated his all-around abilities, which helped him regain his spot on the Indian team. Then, in a T20I series against Ireland, he made his leadership debut for India and guided the side to a 2 over 0 victory.

Read also: Steve Smith takes over as captain After Pat Cummins leave the field due to injury

When he led the squad against New Zealand in a three-match T20I series, his leadership abilities and his success with both the bat and the ball won him India captaincy once more. He extended his winning run as captain as India won the series 1-0 after two games were postponed. When asked who may be India’s future captain, Rashid Khan, Pandya’s assistant at Gujarat Titans, praised the all rounder for his leadership abilities.

“Hardik Pandya, the way he has captained in the IPL – definitely. He has the qualities of a captain. He is cool and calm under pressure. You need a captain like that. The way he led the team, I played with him, I enjoyed a lot as a player along with him. I hope he becomes, he has that quality in him that he can lead the Indian team,”