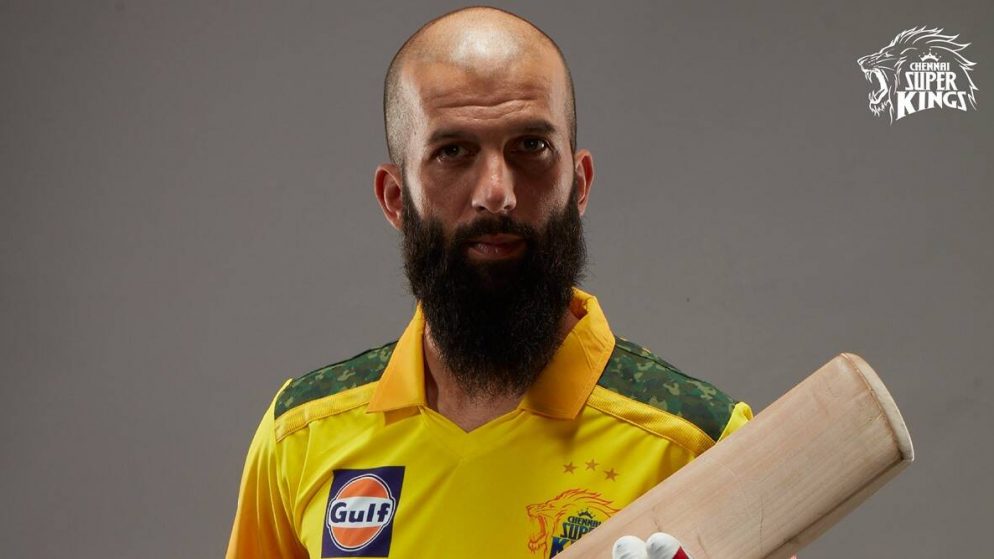 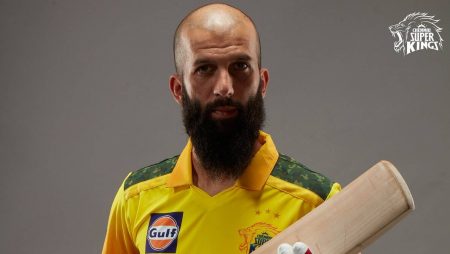 The defending champions, Chennai Super Kings, may be without Moeen Ali for the IPL 2022 opener. The star England all-rounder has yet to receive his India visa for the 15th edition T20 tournament. Which begins on Saturday in Mumbai. CSK, the four-time IPL champions, will face last year’s runner-up KKR in the opening match of this year’s IPL on Saturday at Mumbai’s Wankhede Stadium.

Moeen Ali has yet to obtain an Indian visa and will most likely miss the Chennai Super Kings’ IPL opener.

“It has been learned that Moeen would need to arrive in Mumbai by Wednesday. In order to play his team’s first match against 2021 runners-up Knight Riders,” according to a report in ‘ESPNcricinfo.’

Moeen would need to undergo the mandatory three-day quarantine to enter the IPL bio-secure environment. The report continued, “Super Kings’ management has accepted that the chances of him playing the opening match appear remote.”

The report further states that if Moeen fails to arrive on time. New Zealand batter Devon Conway is likely to make his IPL debut.

“The Super Kings will most likely feel the pinch in their first match, as Moeen’s off spin would have come in handy against Knight Riders’ trio of left-handers: Venkatesh Iyer, Nitish Rana, and Sunil Narine,” it read.

Moeen Ali was retained by CSK along with inspirational captain Mahendra Singh Dhoni, Ravindra Jadeja, and Ruturaj Gaikwad as a result of his excellent all-round performance, which helped the team win its fourth IPL title.

Last year, Moeen scored 357 runs in 15 innings for CSK in the IPL, while also taking six wickets in 15 games with his off-spin bowling.

Also Read: WWC: Sneh Rana collides with a teammate who is attempting to catch.