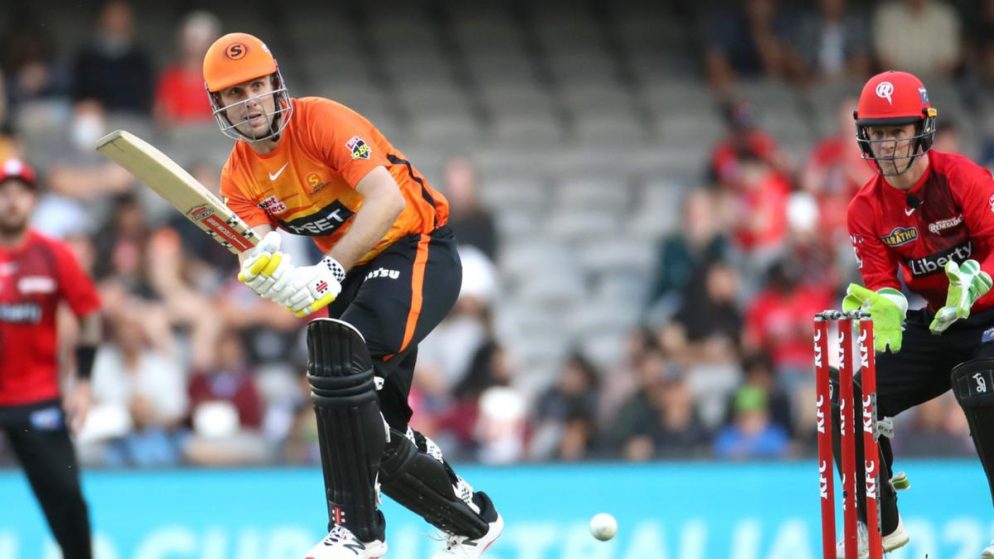 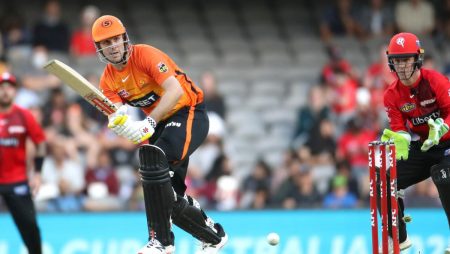 Due to Western Australia’s severe Covid-19 border controls, which has kept the Scorchers on the road, the game was moved from Optus Stadium in Perth.

The Scorchers had dominated their first five games by following a tried-and-true formula: win the bat flip, put up a big total, and then defend it well. However, their favoured plan was thrown into disarray when they lost the bat flip for the first time this season and were forced to bowl.

It didn’t seem to bother them as the Scorchers exacted vengeance on Aaron Finch and Nic Maddinson, who had been the league leaders’ only batters this season. They had spent the days in between games plotting Maddinson’s demise and attacked him with full and straight bowling. It worked because a disgruntled Maddinson made a mistake when faced with a shorter delivery from Tymal Mills.

The Scorchers then cruised through the middle order, but they would have been disappointed by a lackluster finish in which they went through the motions and appeared overconfident. They gave up 42 runs in the last three overs, but it was only a little blip.

The T20 World Cup-winning captain, on the other hand, was unable to recreate his big-hitting antics. Falling early to a massive shot that nearly hit the closed roof – which would have counted as a six. But instead landed safely in Mitchell Marsh hands.

Mackenzie Harvey, who once again impressed with a top-score of 45. Was unfathomably run-out by Laurie Evans on a direct hit, the batter taking far too long to complete a single. Scorchers dominated the power surge once more. Collecting three wickets in the process, only for Renegades’ tail to wag at the end.

Josh Inglis has struggled this season after being close to being selected for the Ashes. But he was determined to break out of it tonight. In a confident start, he smashed two early sixes off quicks James Pattinson and Reece Topley. While fellow opener Cameron Bancroft pressed Renegades with smart running between the wickets.

Inglis, on the other hand, could not capitalize on his good start. As he was stumped after failing to pick top spinner Zahir Khan’s wrong’un, while Bancroft was out soon after.

With Mitchell Marsh red-hot form continuing, the Scorchers had no reason to fret, and he partnered nicely with the feisty Colin Munro

Who generally avoided the pyrotechnics until shifting gears with victory in sight.

Renegades had been planning a series of slower-paced deliveries to try to perform the seemingly impossible and stop Mitchell Marsh. He misjudged a Sutherland shot that went straight into his helmet. But he adjusted well enough to put up a match-winning 99-run stand with Munro.

With only one win in five games, last season’s wooden spooners are still at the bottom of the standings. Their offense was severely lacking without veteran Kane Richardson. Who was missing due to illness, and there was a gloomy atmosphere on the field. As if the Scorchers had just depleted their willpower.

Finch, who had just recently recovered from a knee ailment. Went somewhat gingerly on the field, posing another possible worry for the Renegades – and Australia.

Also Visit: “He Had That Issue”, says one ex-India player.