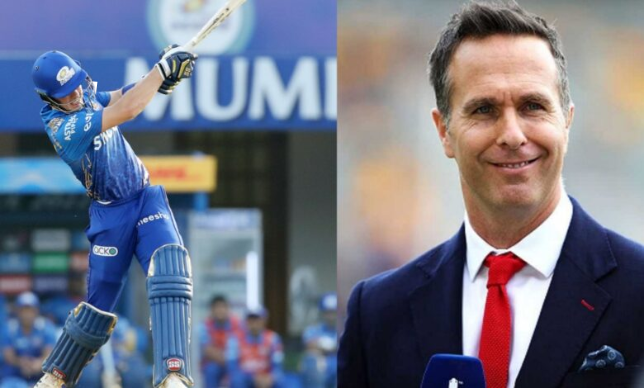 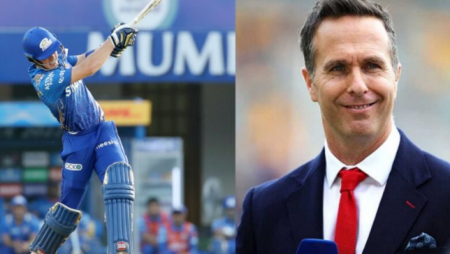 Dewald Brevis continues to dazzle in the ongoing IPL 2022 season, and every time he steps out to bat for the Mumbai Indians, fans and cricket pundits alike are astounded by the 18-year-old Proteas batter’s ability. Brevis scored 31 runs off 13 balls against the Lucknow Super Giants, with six fours and one six. Former England captain Michael Vaughan lauded the young batter, calling him the “best young player he has ever seen.”

Also Visit: MI had a shocking auction, and it’s no surprise that they’re at the bottom of the table: Shane Watson

“Wow unbelievable ball striking and presence at the crease for such a young batsman.#freakish,” Waugh replied on Vaughan’s tweet.

Brevis has scored 117 runs in four games this season, with his highest score being 49 against Punjab Kings.

His team, on the other hand, has not fared well this season.

The Mumbai Indians fell 18 runs short of the target of 200 runs. Mumbai Indians’ six consecutive defeats are their longest losing streak in the IPL.

Previously, they had lost their first five games in the 2014 IPL, but they still made the playoffs.

Also read: “We Need To Improve In Every Aspect Of The Game:” Delhi Capitals Coach Ricky Ponting