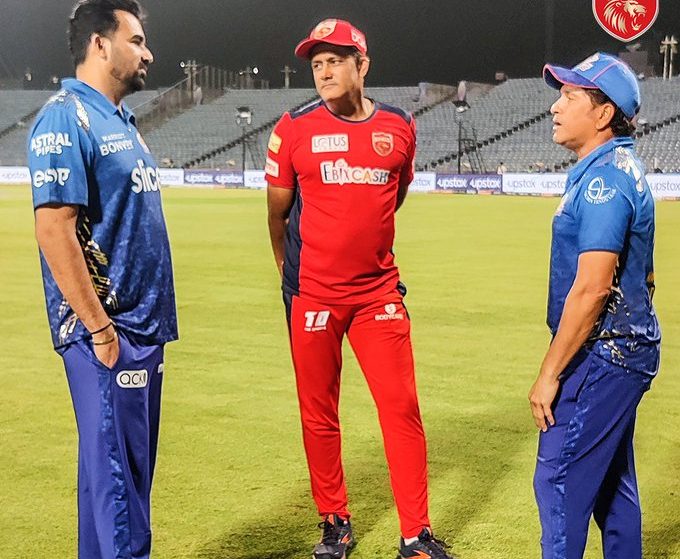 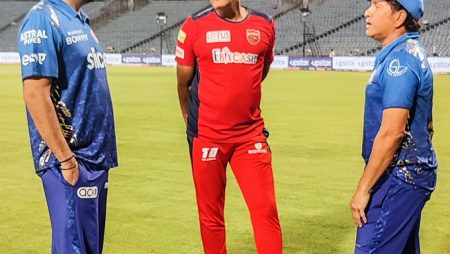 MI vs. PBKS IPL match: Epic reunion of ex-Team India greats. Punjab Kings took to Twitter to share a photo of the three legends conversing with the caption, “international runs and international wickets in one frame.”

Punjab Kings defeated Mumbai Indians by 12 runs in an IPL 2022 match on Wednesday. Mumbai Indians dropped to the bottom of the points table after losing their fifth match in a row. Punjab Kings, on the other hand, climbed to third place with their third victory in five games.

The three men were seen conversing with one another in what appear to be a wonderful reunion.

Tendulkar and Zaheer are key members of the Mumbai Indians’ coaching staff, while Kumble is the head coach of the Punjab team.

Tendulkar and Zaheer were members of the 2011 ICC World Cup-winning team. Kumble, along with the duo, were members of India’s squad for the 2003 ICC World Cup. In which India lost to Australia in the final. While Kumble continues to be India’s most prolific wicket-taker in Test cricket, Tendulkar leads the global run charts in both Tests and ODIs.