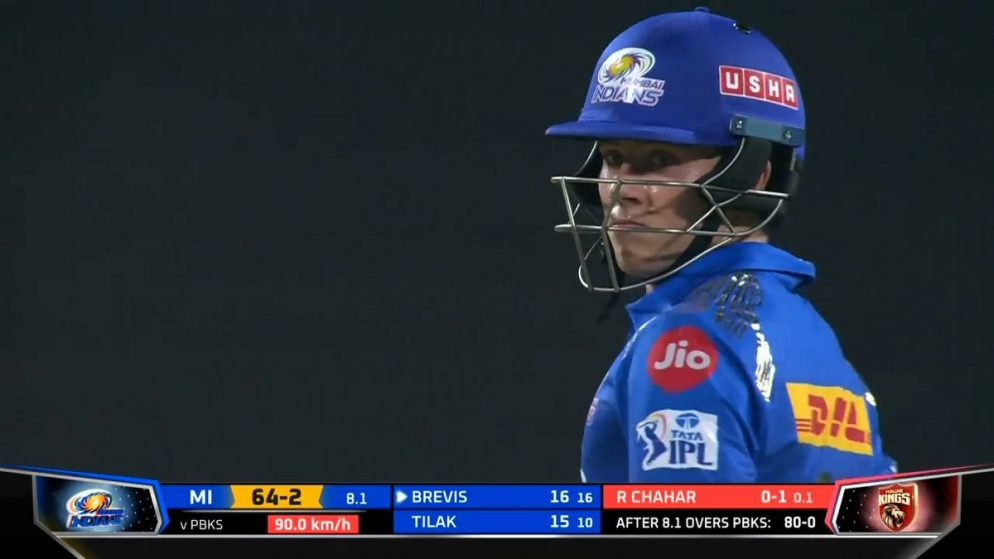 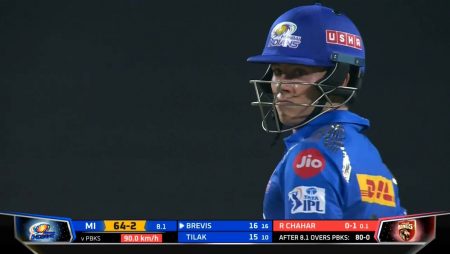 Dewald Brevis, a young South African star, was in superb form during Match 23 of the ongoing IPL 2022 season. As Mumbai Indians (MI) faced Punjab Kings (PBKS) at the Maharashtra Cricket Association Stadium in Pune on Wednesday. The youngster score 49 runs off 25 balls, hitting four fours and five sixes but it wasn’t enough to lead MI to their first win of the season, as Rohit Sharma’s team lost their fifth match in a row.

The 18-year-old, on the other hand, sent cricket fans into a frenzy when he smacked Rahul Chahar for four back-to-back sixes in the ninth over of MI’s innings. Brevis hit maximums on the final four deliveries of the ninth over.

Moreover, On the second delivery of the over, a boundary straight down the ground started it all. Brevis then hit a six straight over Chahar’s head in trademark AB de Villiers fashion. No wonder he’s been dubbed “Baby AB” by so many.

Furthermore, The next two were hit over the cow corner as Chahar’s flight and pace were compromise as he was taken to the cleaners. The final six, which sailed 112 metres, was hit over wide long-on and prove to be the longest six of IPL 2022. Chahar surrendered 29 runs in that over.

Brevis, dubbed “Baby AB de Villiers” by many fans. Purchase by MI in this year’s mega auction for Rs 3 crore.

In the recent U-19 Cricket World Cup, he was a standout for South Africa, scoring two centuries and three fifties. He bat 506 times and named Player of the Tournament.