Mayank Agarwal, captain of PBKS, was overjoyed with the team’s victory over MI. 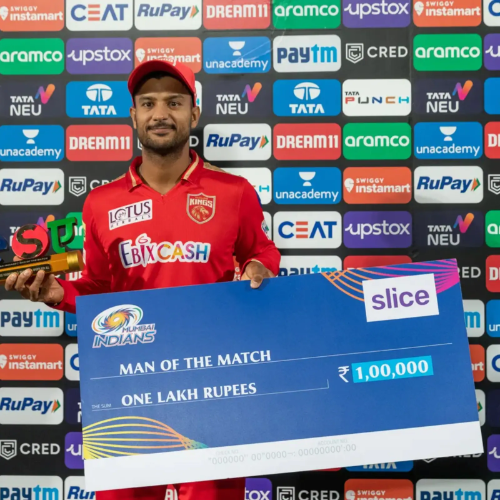 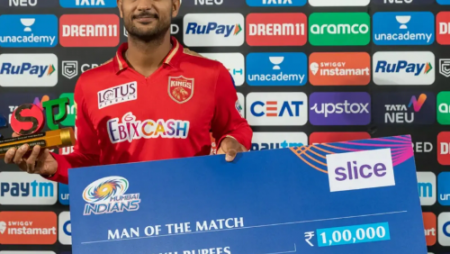 Mayank Agarwal, captain of PBKS, was overjoyed with the team’s victory over MI.

PBKS defeated MI by 12 runs on Wednesday (April 13), their third victory in the IPL 2022. Momentum was on a roller coaster during the match, which went right down to the wire. However, the PBKS bowlers held their nerve in the final overs and successfully defended 198 at the Maharashtra Cricket Association Stadium (MCA) in Pune.

This was a crucial victory for PBKS, who had suffered a heartbreaking six-wicket defeat at the hands of Gujarat Titans in their previous match. They put on a clinical display this time, however, as the five-time champions were defeat for the fifth time in a row. Mayank Agarwal, the skipper, was the main architect of PBKS’ victory, attacking bowlers from the start and smashing his first half-century of the season.

I’m overjoy to have contributed to the PBKS victory over MI: Mayank Agarwal

Overall, he scored 52 runs off 32 deliveries as PBKS finished with a total of 198/5 while batting first. Mayank named Player of the Match as PBKS cross the finish line, and he overjoyed with the outcome. While Mayank maintain his desire to play attacking cricket, the 31-year-old claime that the batters were much more cautious and aware this time.

“It was a good night, and I was very happy to contribute to the team’s victory.” The two points were critical for us. “There were a lot of crucial moments, and we were nailing and winning those moments more often than not,” Agarwal said at the post-match presentation ceremony.

Meanwhile, PBKS has scored more than 180 points in four of the five games so far. The batters, on the other hand, used a new strategy against MI.

“In the last game against Gujarat, we gave Rashid (Khan) wickets when they weren’t needed.” This time, we were much more aware, much more cautious, and made certain that we did not try to give wickets to their main bowlers. We’ve talked about it in the team – if it’s your day, you’ve got to lead the team.”

Also Read: I suspected Rohit Sharma would step down as captain before the 2022 IPL, similar to how Virat Kohli did: Sanjay Manjrekar