Match 66: IPL 2022, KKR vs LSG Prediction for the Match – Who will win the IPL Match Between KKR and LSG? 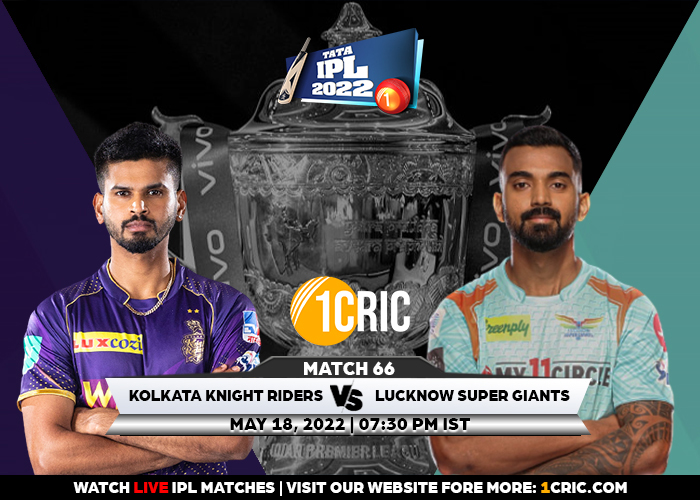 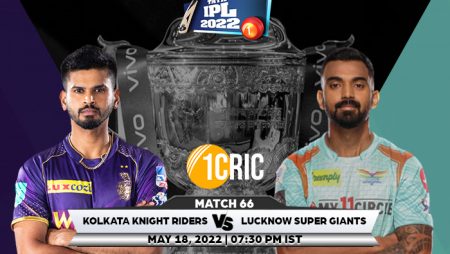 On May 18, the two-time champions Kolkata Knight Riders (KKR) will face the newcomers Lucknow Super Giants (LSG) in a group stage match of the Indian Premier League (IPL) 2022 at the Dr. DY Patil Sports Academy in Mumbai (Wednesday). While the Men in Purple defeated the Sunrisers Hyderabad (SRH) in their previous match, the newcomers were defeated by the Rajasthan Royals (RR).

The wicket at Dr. DY Patil Academy has aided slow bowlers, but batting has been difficult, especially with field restrictions. The new ball glides smoothly onto the bat. However, scoring runs has been difficult when the ball becomes soft. Skippers who win the toss can choose to bat first and post a competitive total on the board, which they can defend later.

The probable best batter of the Match: KL Rahul

Despite failing to score in the previous match, LSG captain KL Rahul is the second-highest run-scorer in IPL 2022. The right-handed batter has scored 469 runs in just 13 games, with an impressive average of 42.64. Rahul will want to make a strong comeback and win the game for his team in the next match.

Varun Chakravarthy, KKR’s ace spinner, bowled brilliantly in the previous match against SRH. Despite taking only one wicket, he created a few chances with his bowling. Varun’s variations can come in handy as the wickets slow, and he could be the bowler to watch in the next game.

Also Read: Ajinkya Rahane of KKR has been ruled out of the rest of the IPL 2022 season due to injury.