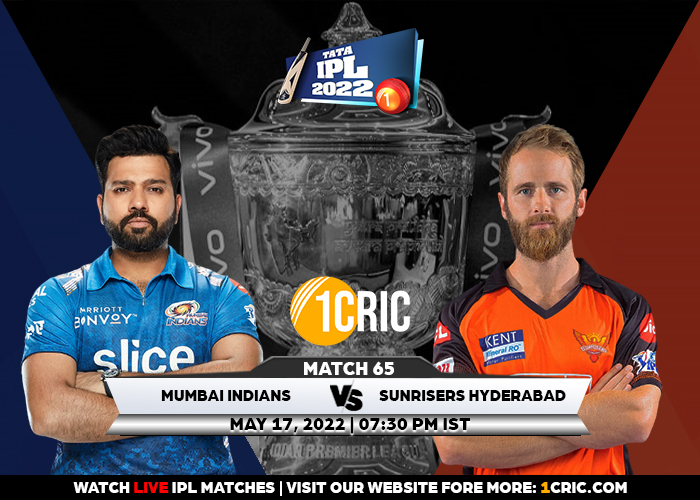 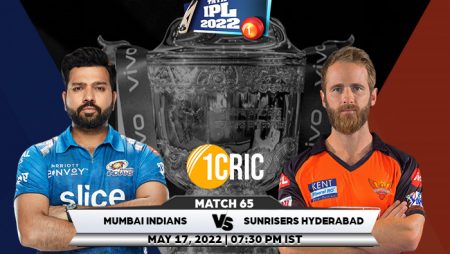 Match 65: IPL 2022, MI vs SRH Prediction for the Match – Who will win the IPL Match Between MI and SRH? Sunrisers Hyderabad is on a five-game losing streak and is still hanging on by a thread in the tournament.

The Mumbai Indians will play the Sunrisers Hyderabad in their next match at Wankhede Stadium. Despite a hiccup while chasing at the start. The Rohit Sharma-led side won comfortably against the Chennai Super Kings in their previous game. Moreover, The Mumbai Indians have only three wins in 12 games this season, and they will be hoping to end the season on a high note.

Sunrisers Hyderabad, on the other hand, have gone into a shell after starting so well, losing their last five games in a row. The Kane Williamson-led side also has a negative run rate. So they will need to win their final two games by a large margin and hope that the other results go their way as well.

The Wankhede Stadium has been a low-scoring venue in recent games, and Mumbai Indians will be confident following their bowling performance there in their previous game. The captain who wins the toss will look to bat first and post a total near 150, which could be match-winning given the scoreboard pressure.

Tilak Varma has played some high-quality knocks in the tournament in his first season. He is clearly one of the Mumbai Indians’ bright prospects for the future. The left-hander has 368 runs in 12 games this season and stepped up again in a crucial situation in the previous game against CSK, scoring an unbeaten 32-ball 34 to help his side win.

In the previous game, Jasprit Bumrah was outstanding with the new ball for the Mumbai Indians, finishing with 1/12 in three overs and one maiden. The right arm produced good speeds and was ready to swing the ball both ways. He’s definitely found his groove and will play an important role in the upcoming match.