Match 53: IPL 2022 LSG vs KKR Prediction for the Match – Who will win the IPL Match Between LSG and KKR? 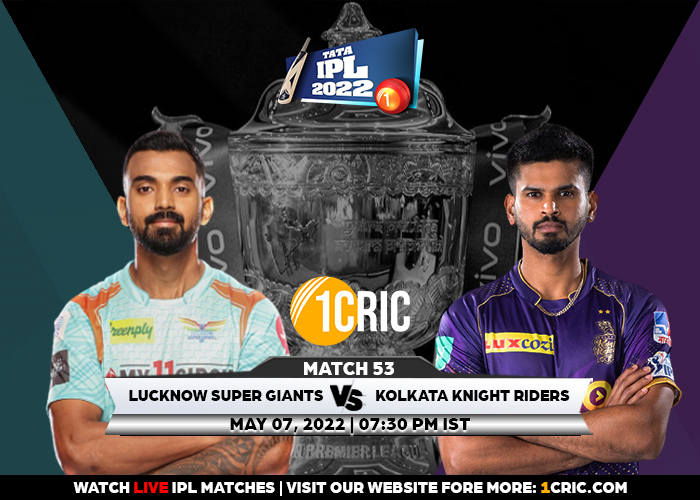 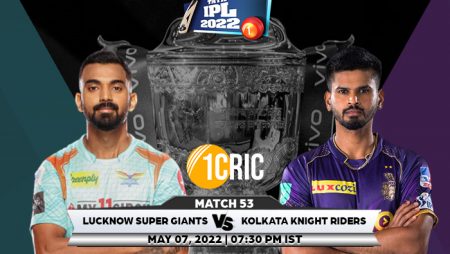 Match 53: IPL 2022 LSG vs KKR Prediction for the Match – Who will win the IPL Match Between LSG and KKR? LSG would like to keep their winning streak going.

On May 7, the Lucknow Super Giants will face the Kolkata Knight Riders in IPL 2022 Match 53 at the Maharashtra Cricket Association Stadium in Pune. Both teams will come into this match having won their previous meetings. Lucknow defeated the Delhi Capitals by six runs, while Kolkata defeated the in-form Rajasthan Royals by seven wickets.

LSG has been one of the most consistent teams in this tournament, winning seven of their ten matches and amassing 14 points with a superior NNR of +0.397. They’ve been on a roll so far and will be hoping to get closer to a playoff spot. KKR, on the other hand, may have beaten RR, but that victory came after five straight losses, and with time running out, they would need to perform flawlessly in all of their remaining fixtures to keep their qualification hopes alive.

Because this is an evening match, the humidity levels are expected to rise throughout the day, which means that the dew factor will almost certainly come into play during the second half, making batting much easier for the chasing team, and thus the captain who calls it right at the toss will have no hesitation in bowling first. A total of 180-185 points can be difficult to achieve.

So far this season, the LSG captain has had an excellent run with the bat. He has two centuries against the Mumbai Indians and comes into this game after scoring a 51-ball 77 against the Delhi Capitals. Rahul has already scored 451 runs in 10 appearances, including two unbeaten knocks, with an average of 56.38 and a strike rate of 145.02. He’ll be hoping to keep up his consistent form when he faces the Kolkata bowling attack.

So far, Umesh Yadav has been KKR’s standout bowler. He has been their go-to man with the ball in hand since the season opener against defending champions CSK. The senior pacer may have gone wicketless on a couple of occasions, but that hasn’t stopped him from making the Orange Cap list with 15 scalps to his name. The Vidarbha speedster would be eager to add to his tally of wickets.

Also Read: Match 52: IPL 2022 PBKS vs RR Prediction for the Match – Who will win the IPL Match Between PBKS and RR?