Match 52: IPL 2022 PBKS vs RR Prediction for the Match – Who will win the IPL Match Between PBKS and RR? 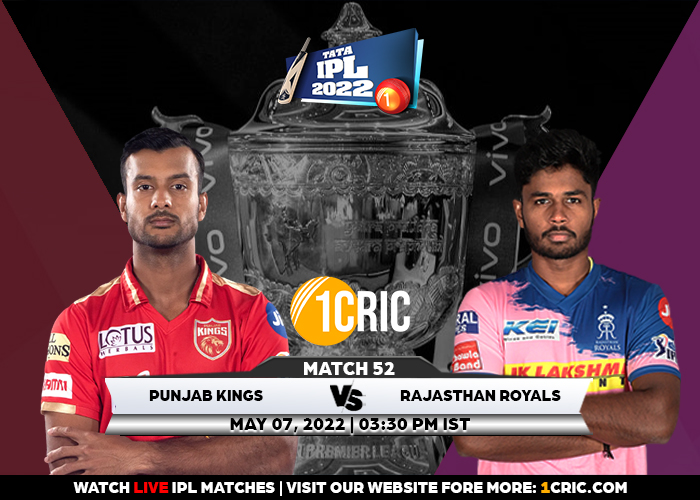 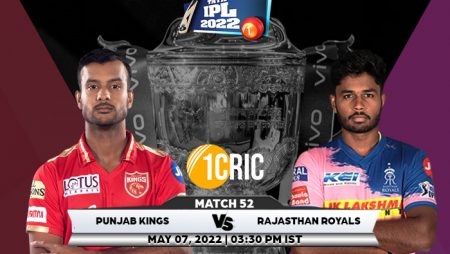 Match 52: IPL 2022 PBKS vs RR Prediction for the Match – Who will win the IPL Match Between PBKS and RR?

On Saturday, May 7, 2022, Mayank Agarwal’s Punjab Kings will face Sanju Samson’s Rajasthan Royals in Match 52 of the Indian Premier League 2022 at Wankhede Stadium in Mumbai. Continue reading to learn about the PBKS vs RR Match Prediction. Who Will Win IPL 2022 Match 52 Today?

Punjab Kings easily defeated Gujarat Titans in their most recent game. That victory over a top team must have boosted the franchise’s confidence significantly. As a result, they now have 5 wins and 5 losses.

After a fantastic run, the Rajasthan Royals have now lost two matches in a row. They are still in a good position with six wins out of ten games. However, the team would like to win a few more games in order to finish in the top two.

After a fantastic run, the Rajasthan Royals have now lost two games in a row. They are still in a good position with six wins in ten games. However, the team will need to win a few more games to finish in the top two.

The Wankhede Stadium has seen some high-scoring games, and the match between Rajasthan and Punjab could be one of them. Because it is a day match, there will be no dew, and the captains may opt to bat first and defend the target later.

Jos Buttler, the wicket-keeper batter, has been in excellent form so far in the tournament. He did not, however, capitalize on his previous match’s strong start. The right-handed batter is the tournament’s leading run-scorer and will want to get his team off to a good start against the Punjab Kings.

Yuzvendra Chahal has been a standout for his new franchise RR thus far. The spinner has 19 wickets in just ten matches and is currently atop the most wickets list. Chahal hopes to maintain his good form with the ball in the next match.

Also Read: England Test Captain Ben Stokes breaks the County Championship record for most sixes in an innings with 17 maximums for Durham.