Match 42: IPL 2022 PBKS vs LSG Prediction for the Match – Who will win the IPL Match Between PBKS and LSG? 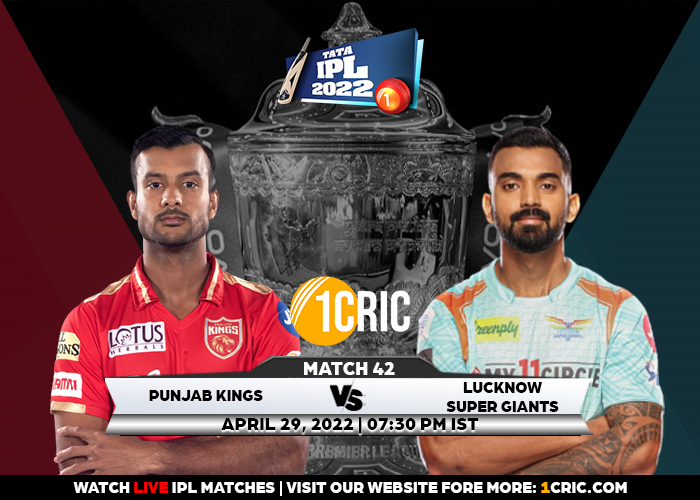 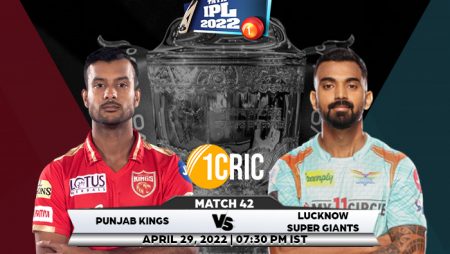 Match 42: IPL 2022 PBKS vs LSG Prediction for the Match – Who will win the IPL Match Between PBKS and LSG? Both teams are coming off of victories in their previous games.

Punjab Kings will face the Lucknow Super Giants in IPL 2022 Match 42 at the MCA Stadium in Pune. Both teams are coming off a win in their previous game and have some good performances. Moreover, The Mayank Agarwal-led team was able to defend their total against the CSK thanks to an outstanding death bowling display from the likes of Arshdeep Singh and Rishi Dhawan.

The Lucknow Super Giants, on the other hand, put on an impressive performance in their previous game against the Mumbai Indians and got their season back on track. The KL Rahul-led side is currently fourth in the points table with ten points after five wins in eight games.

The last game on the ground saw a low score defended, and the MCA Stadium wicket has provided plenty of opportunities for fast bowlers. The batters struggled to get going, and it’s possible that will be the case in this game as well. The captain who wins the toss will almost certainly bowl first at the wicket.

Liam Livingstone made another quick cameo for the Punjab Kings in their previous game, coming in at four and assisting his team in getting off to a good start. The right-hander hit two sixes and a four in his 7-ball 19 and provided the finishing touch that the Punjab Kings desperately needed. He’ll be hoping to keep his good form going in the tournament.

Arshdeep Singh has quietly emerged as one of the tournament’s best death bowlers, with an excellent economy rate, and the left-arm seamer has managed to repay the franchise’s faith. He kept his cool against top finishers like MS Dhoni and Ravindra Jadeja, allowing only 23 runs and taking a wicket against CSK.

Also Read: All have been impressed by Umran Malik’s raw pace, but Daniel Vettori issued a warning.