Match 36: IPL 2022 RCB vs SRH Prediction for the Match – Who will win the IPL Match Between RR and GT? 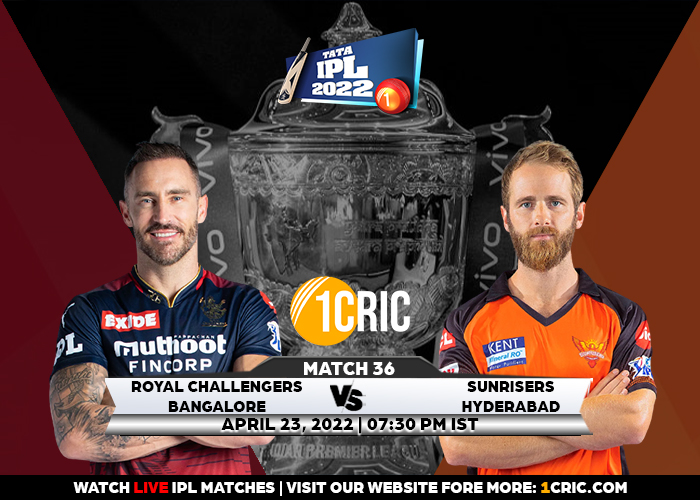 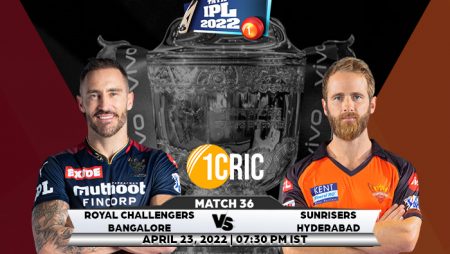 Match 36: IPL 2022 RR vs GT Prediction for the Match – Who will win the IPL Match Between RCB and SRH? Both teams are coming off victories in their previous IPL 2022 games.

The Royal Challengers Bangalore are set to face the Sunrisers Hyderabad in Match 36 of the IPL 2022 at the Brabourne Stadium. Both teams are coming off victories in their previous games, with RCB in particular excelling at recovering from adversity. However, they would like to see a lot more from players like Virat Kohli, who has struggled so far this season.

The Sunrisers Hyderabad, on the other hand, produced an excellent chase in their previous game, and their bowling attack appears to be the most destructive at the moment, with all of the fast bowlers performing well. The return of Washington Sundar will add depth to the bowling attack, and the inexperienced middle-order has yet to be tested due to some strong bowling performances.]

The previous game at the Brabourne Stadium saw a low score of 115 easily chased down, which may not be the case this time. The spinners have received some assistance from the pitch, and as a result, they will play a significant role in dictating terms in this game. The captain who wins the toss will not hesitate to bowl first.

Glenn Maxwell started off with a bang in the previous game, but he was caught for 23 off just 11 deliveries. When he has entered the crease, he has been quite aggressive from the start, and the Australian has the ability to change games quickly. He has 114 runs in four innings so far in IPL 2022 and will look to add to that total in the upcoming match.

Harshal Patel continued his impressive run in the IPL this year, picking up two wickets against the Lucknow Super Giants despite going for a lot of runs. So far in IPL 2022, the right-arm seamer has taken eight wickets in six games, and he has taken on the responsibility of bowling the difficult overs on the side. He will also be looking to impress in the upcoming match.

Also Read: High drama as Delhi Capitals request a no-ball in the final over against Rajasthan Royals