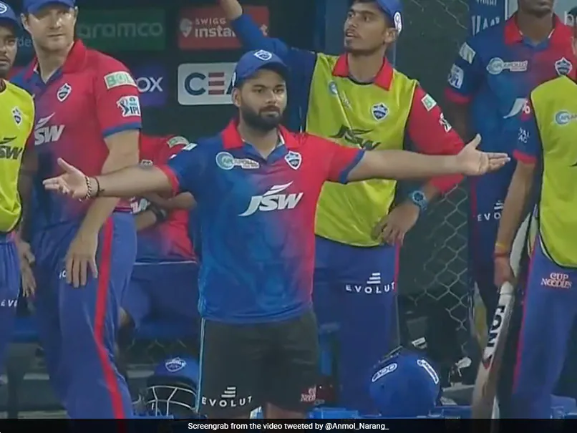 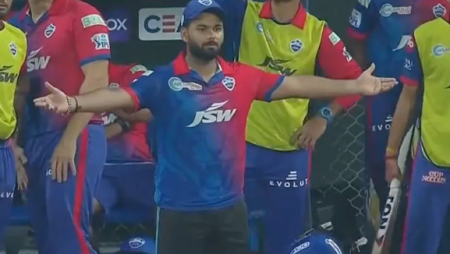 High drama as Delhi Capitals request a no-ball in the final over against Rajasthan Royals. The final over of the game between the DC and the RR saw high drama after the Delhi camp left enrage for what they thought a no-ball but was not given.

The final over of the match between the Delhi Capitals and the Rajasthan Royals saw high drama. As Rishabh Pant and his teammates were left fuming for what they believe was a no-ball but was not given by the on-field umpire. The Delhi Capitals needed 36 runs in the final over to win, and Rovman Powell smash sixes on the first three balls. The third delivery of the over, on the other hand, became a huge talking point. Obed McCoy of the Rajasthan Royals bowled a full-toss, which Powell smashed for a six. The Delhi Capitals camp believe it IS a definite no-ball and began gesticulating towards the umpire in order for it to be call a no-ball.

He then turned his attention to batters Rovman Powell and Kuldeep Yadav, appearing to order them off the field. The assistant coach of the Delhi Capitals, Pravin Amre, then walked out to the middle and spoke with the umpire.

DC request a no-ball in the final over against RR

While Amre speaking with the umpire. Rajasthan Royals batter Jos Buttler walk over to the Delhi Capitals dugout and spoke with Rishabh Pant.

In the end, the Rajasthan Royals held their nerve and won by 15 runs.

Jos Buttler hit his third century of the season and eventually dismiss by Mustafizur Rahman, but not before scoring 116. Sanju Samson, the captain, also contributed with an unbeaten innings of 46.

The Delhi Capitals tried their hardest but fell short of the 223-point mark. Rishabh Pant led the way with 44 runs. Prasidh Krishna returned figures of 3-22 for the Rajasthan Royals, including a maiden 19th over of the innings.