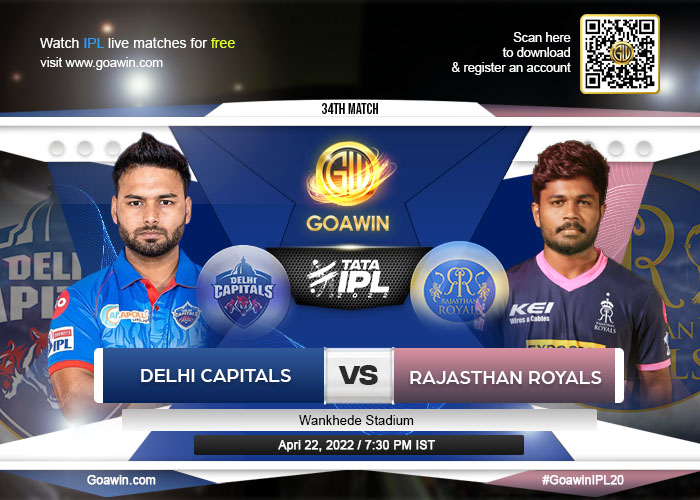 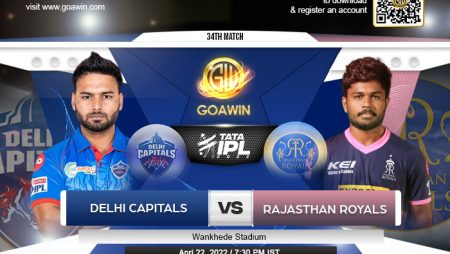 Match 34: IPL 2022 DC vs RR Prediction for the Match – Who will win the IPL match DC and RR? Both teams have won their previous IPL 2022 matches.

The Delhi Capitals will face the Rajasthan Royals in IPL 2022 Match 34 at the Wankhede Stadium. Both teams are coming off big wins in their previous games, with Delhi in particular coming off a convincing win over Punjab. Despite the absences of Mitchell Marsh and Anrich Nortje, the team has performed admirably, and much credit must be given to the Indian contingent in the lineup. They are likely to stick with the same starting lineup for the upcoming match.

The Rajasthan Royals, on the other hand, won a close game against the Kolkata Knight Riders in their previous game. Yuzvendra Chahal’s wicket-taking form has been crucial, and Jos Buttler has been outstanding at the top of the order. The Royals are third in the points table after four wins in six games, and they will be hoping to keep the winning streak going in the upcoming match.

Also Visit: “I didn’t know if the match would happen or not,” says Lalit Yadav following DC’s victory over PBKS.

The previous game at Wankhede Stadium was a high-scoring affair, with over 350 runs scored on the day, with the team batting first going on to win. However, if the captain wins the toss, he or she is likely to bowl first because there is a chance of dew later in the day.

Sanju Samson hit 38 off 19 balls in the previous game against KKR, assisting his team to a big score. The Royals captain played some mouth-watering shots in his knock, but he was unable to capitalize on his strong start. The right-hander will be hoping to make a bigger impact against the Delhi Capitals in the upcoming game.

Trent Boult has already bowled some outstanding first overs this season, and his delivery to KL Rahul will be remembered for a long time. The New Zealand left-arm seamer returned to the playing XI for the previous game and conceded 48 runs in four overs. He had to bowl the difficult overs for the team and will be looking to make up for his poor performance in the previous game.