MI suffers their 7th consecutive defeat in the IPL 2022 thanks to MS Dhoni’s late blitz. 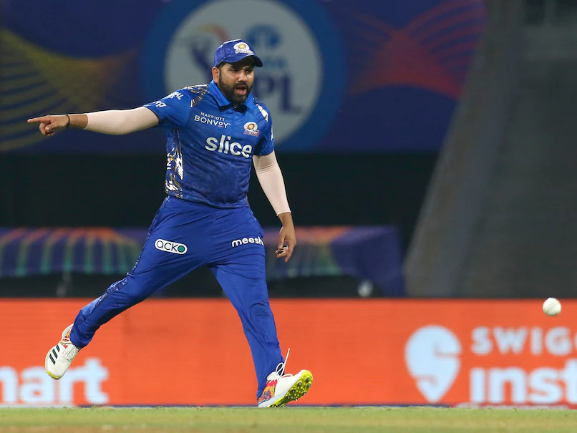 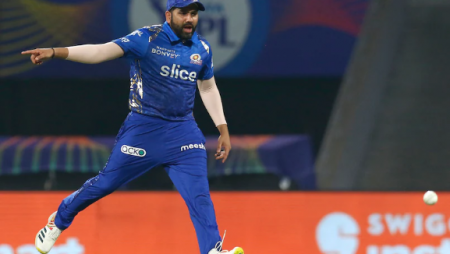 MI suffers their 7th consecutive defeat in the IPL 2022 thanks to MS Dhoni’s late blitz. Dhoni turned back the clock to guide CSK to a three-wicket victory over MI in the IPL on Thursday. Following a heart-stopping finish in which he hit a four off the last ball of the game.

M S Dhoni turned back the clock to guide CSK to a three-wicket victory over MI in the IPL on Thursday. Following a heart-stopping finish in which he hit a four off the last ball of the game. Mukesh Choudhary of CSK wreaked havoc with the new ball before Tilak Varma’s responsible 51 not out off 43 runs lifted Mumbai Indians to 155 for seven

Dhoni (28 not out off 13) batted like the finisher of his heyday to help CSK get the required 17 runs off the final over to win their second game of the season. MI extend winless streak this season to seven games. He smashed a six and four off Jaydev Unadkat’s third and fourth balls. Respectively, before remaining composed to put one past short-fine leg for the match-winning boundary. Leaving the bowler and the rest of his Mumbai teammates stunned. CSK were up against it with 48 runs off the last 24 balls and four wickets in hand, but Dhoni, with the help of Dwaine Pretorius (22 off 14 balls), ensured his team crossed the line in an absolute humdinger.

Also Visit: Adam Milne of CSK has been rule out of the IPL 2022.

MI suffers to their 7th consecutive defeat against CSK

With seven losses in as many games, Mumbai Indians will need a miracle to recover from this position, while it was a much-needed win for CSK, who, like Mumbai Indians, is looking for consistency after a shaky start to the season. Earlier, Choudhary (3/19) dismissed Rohit Sharma (0) and Ishan Kishan (0) in the first over before dismissing Dewald Brewis (4) to leave Mumbai at 23/3.

While Rohit offer Mitchell Santner an easy catch at mid-on, Kishan was undone by a swinging yorker that rattled his off-stump.

But it was Mitchell Santner (1/16) who dismissed Surya, whose sweep was easily caught at long-leg by Choudhary, and Mumbai were reduced to 47/4.

Tilak and debutant Hrithik Shokeen (25), however, failed to rally the innings, adding only 41 runs for the fifth wicket. Ravindra Jadeja (0/30) gave up 13 runs in the 11th over, with Varma hitting a six with a slog-sweep.

Mumbai lost half of their team for a total of 85 points. Shokeen, who had three boundaries, top-edged a Dwayne Bravo (2/36) short-ball but was caught at mid-on by Robin Uthappa.

Mumbai, on the other hand, gave their bowlers something to defend thanks to a quick-fire 35-run eight-wicket stand off 16 balls between Tilak and Unadkat.

Also Read: “Gives feeling of an India-Pakistan match.” Harbhajan Singh on the IPL’s clash of titans.