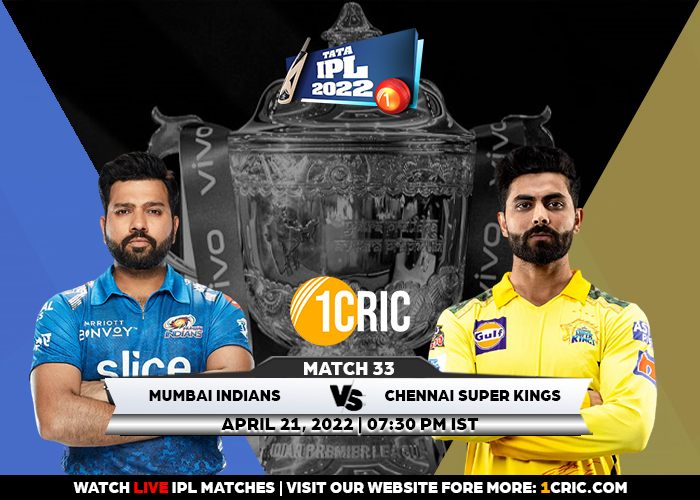 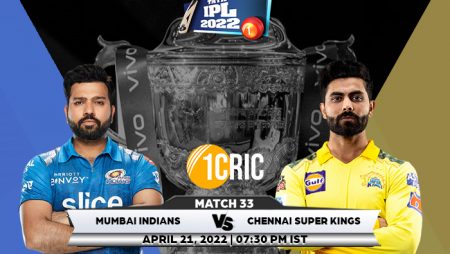 Match 33: IPL 2022: MI vs CSK Prediction for the Match – Who will win the IPL match MI and CSK today? MI and CSK are both at the bottom of the points table.

In Match 33 of the Indian Premier League (IPL) 2022, Mumbai Indians (MI), who are currently at the bottom of the points table, will face defending champions Chennai Super Kings (CSK). The competition will take place on April 21 at the Dr. DY Patil Sports Academy in Mumbai (Thursday). Both MI and CSK were defeated in their previous encounters.

The defending champions are ninth in the points table, having lost their most recent match to the newcomer Gujarat Titans. So far, the Yellow Army has lost five games – to GT, Sunrisers Hyderabad, Punjab Kings, Lucknow Super Giants, and Kolkata Knight Riders. On April 12, they won their only game against the Royal Challengers Bangalore (Tuesday).

Similarly, the Men in Blue and Gold have lost all six of their previous matches against LSG, PBKS, RCB, KKR, RR, and DC. MI’s main concern is the poor form of skipper Rohit Sharma and wicketkeeper-batter Ishan Kishan. Suryakumar Yadav, Dewald Brevis, and Tilak Varma, on the other hand, have been consistent performers for the five-time champions.

The Dr. DY Patil Academy’s wickets benefit both batters and bowlers. With the new ball, some movement is to be expected. However, as the ball wears down, batters can look to play some big shots. Given the dew factor, the captain will prefer to bowl first after winning the toss.

Ruturaj Gaikwad, the right-handed batter, will want to continue his good form against the five-time champions after scoring 73 runs against GT. To be sure, Gaikwad delivered a gem of a knock against the Men in Blue and Gold in their previous meeting and was named Player of the Match.

Despite conceding 199 runs in their previous match against LSG, senior pacer Jasprit Bumrah appeared to have regained his mojo, conceding only 24 runs in his four-over quota. In the upcoming match against the defending champions, the dangerous right-arm pacer will want to take some crucial wickets for his team.