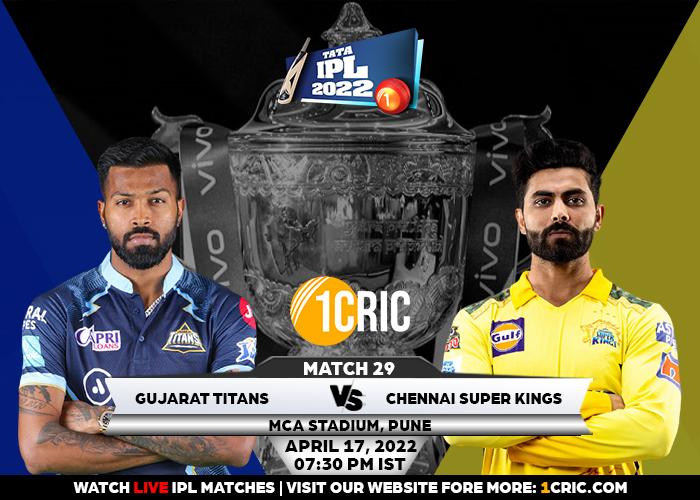 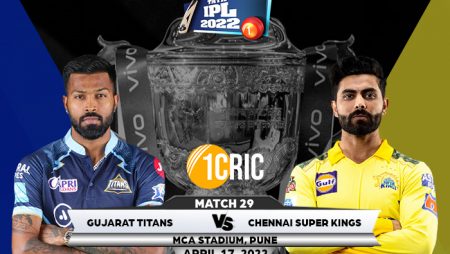 The GT will face the CSK in the second game of a doubleheader on April 17th at the MCA Stadium in Pune. Gujarat Titans have been the most impressive team in IPL 2022 so far, with four wins in five games, and they are right at the top of the points table. Hardik Pandya has stepped up in all three departments for his team, and he appears to be enjoying his role as franchise leader.

The Chennai Super Kings, on the other hand, managed to register their first victory of the season in the previous game against the Royal Challengers Bangalore, following four losses to begin their campaign this season. The Ravindra Jadeja-led side still has a lot of work to do in the bowling department, despite their batting being relatively good on most occasions. Mukesh Choudhary did not have the best of days with the ball, and he may face the chopping block after missing two sitters.

The previous game at MCA Stadium was a run-fest. The pitch has been a belter to bat on thus far. Despite the fact that the team that batted first won the game, it appeared that any score could be chased. With the dew factor that may come in later, the captain who wins the toss is likely to bowl first.

Moeen Ali was unfortunate to be run out in the previous match against RCB due to a mix-up in the middle, and he has yet to light up the stage in this IPL. When he gets going, the left-hander can be very destructive and is also one of the best spin players in the game. He’ll be looking to make up for missing out in the previous game, and a big inning is almost certainly in his future.

Dwayne Bravo is the likely best bowler of the match.

Dwayne Bravo has been one of the better bowlers for the Chennai Super Kings this season, utilizing all of his T20 experience to stay ahead of the batters. In the previous match, the all-rounder took 1/42 in four overs and was tasked with bowling the difficult overs. Catches fell off his bowling, and he is expected to add to his tally in the upcoming match.