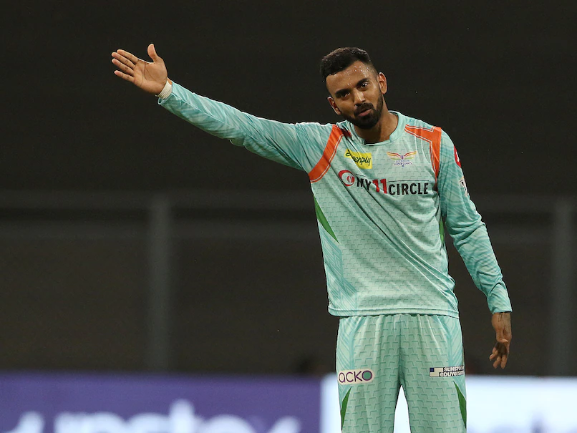 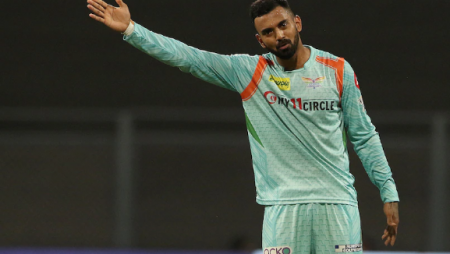 According to an official release. LSG captain KL Rahul fined for maintaining a slow over-rate against MI, in the 37th game of the ongoing IPL 2022 season. This was the team’s second violation of the IPL’s Code of Conduct relating to minimum over-rate offenses this season. KL Rahul, fined Rs 24 lakh. While the rest of the playing XI was fined Rs 6 lakh or 25% of their match fee, whichever was less.

“The Lucknow Super Giants have been fined after maintaining a slow over rate. During their Indian Premier League (IPL) 2022 match against Mumbai Indians on April 24 at the Wankhede Stadium in Mumbai. ” an official release state.

LSG vs. MI: The LSG defeated the MI by 36 runs to finish fourth in the IPL points table.

Furthermore, The KL Rahul-led side has 10 points from eight games. While the Mumbai Indians have lost all eight of their games.

In the match between these two teams, Lucknow Super Giants batted first and scored 168/6 in 20 overs, thanks to Rahul’s unbeaten 103 off 62 balls.

Rahul hit 12 fours and four sixes in his innings.

Mumbai Indians were restrict to 132/8 after falling 36 runs short of a 169-run target. Tilak Varma and Rohit Sharma scored 39 and 38 runs, respectively, but no other batter was able to stay at the crease for the duration.

Also Read: KL Rahul becomes the first player in IPL history to score a century against the Mumbai Indians.